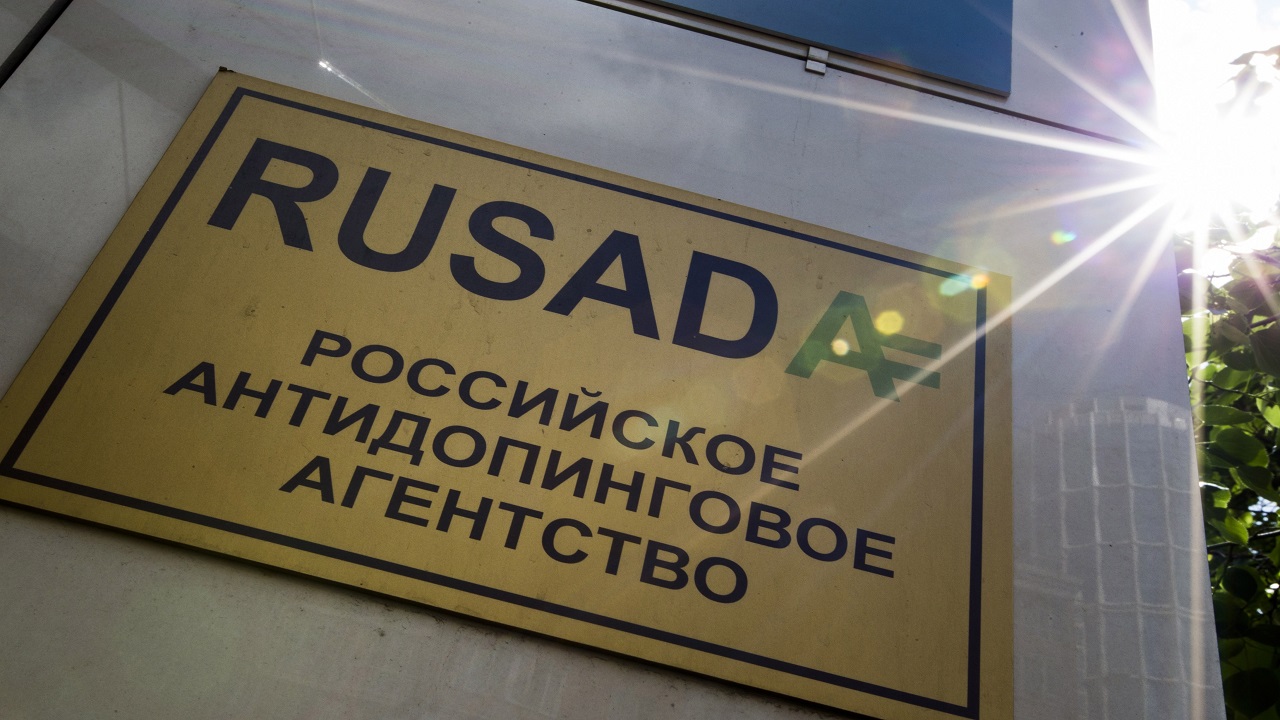 The May 24, 2016 file photo shows a RUSADA sign reading "Russian National Anti-doping Agency" on a building in Moscow, Russia. The World Anti-Doping Agency is due to vote Thursday Sept. 20, 2018, on possible reinstatement of Russia’s anti-doping agency, RUSADA, but opponents feel Russia can’t be trusted to reform without first accepting more of the blame.

Should Russia be reinstated without publicly admitting wrongdoing for its state-sponsored doping scheme?

That question has caused ferocious infighting at the World Anti-Doping Agency (WADA), the watchdog body tasked with stopping any repeat of the widespread drug use and cover-ups which tarnished a sporting superpower.

WADA's board is due to vote on the issue Thursday in the Seychelles. If it votes yes, it might push world track and field body the IAAF to welcome back Russia too.

Russia's anti-doping agency, RUSADA, was suspended in November 2015 when a WADA report found top athletes could take banned drugs with near-impunity since RUSADA and the national laboratory would cover for them. Later investigations found evidence that dirty samples were switched for clean ones when Russia hosted the 2014 Winter Olympics in Sochi.

The reinstatement of RUSADA is championed by WADA's president Craig Reedie, who has softened two key conditions for Russia, and the move has the tacit backing of the International Olympic Committee.

But despite a recommendation for reinstatement from a key WADA committee, it has provoked anger from other anti-doping figures who feel Russia can't be trusted to reform without accepting more of the blame.

Athletes on one of WADA's own commissions, Russian doping whistleblower Grigory Rodchenkov and the WADA vice president Linda Helleland, lead the opposition.

"I am afraid that by opting for the easiest way out, it will ultimately hurt WADA in the future," said Helleland, a Norwegian politician who is eyeing a bid to replace Reedie as the organization's president.

On Wednesday, the IOC athletes' commission came out in favor of reinstatement, but that of the IAAF track federation came out against, along with athletes from USA Swimming.

Reedie softened his stance on Russia "in the spirit of compromise," as he wrote to Russian Sports Minister Pavel Kolobkov in June.

That means dropping a demand for Russia to accept a report which accused the state of directing doping, and instead allowing it to accept an IOC document with milder conclusions. Reedie deemed it satisfactory after Kolobkov wrote that he "fully accepted" the IOC report, and Russia won't be expected to make any public statement or address exactly who in the vast state sports structure was to blame.

Critical of the move toward reinstating RUSADA, whistleblower Rodchenkov said Russia's priority is "protecting their top-level apparatchiks who destroyed the Olympic Games in Sochi."

WADA's Reedie also accepted Russia can be reinstated without providing some key evidence from the Moscow laboratory at the center of the allegations. Instead, Russia promises to deliver it only after it's reinstated.

Rodchenkov is in hiding in the United States, while other whistleblowers like the runners Yulia Stepanova and Andrei Dmitriev, have been vilified at home after reporting abuses by teammates. They say they have been forced to leave Russia for their own safety.

Putin ordered his own investigation in 2016 and some sports ministry officials, including then-deputy sports minister Yuri Nagornykh, were suspended. However, that investigation never reported any public conclusions and the officials quietly resigned later that year. Vitaly Mutko, who was sports minister during the Sochi Olympics, was swiftly promoted to deputy prime minister.

It's largely a symbolic battle for RUSADA but could set a precedent in track and field, where Russia has been suspended since 2015. RUSADA's reinstatement is one of the conditions the IAAF set before it will allow Russia's team back to full strength, rather than its current neutral status.

That status means Russian track and field athletes cannot compete in international competitions under the Russian flag and have to be cleared as independent athletes.

If Russia is listed as compliant, WADA is also likely to drop its recommendation that the country shouldn't be awarded hosting rights for new competitions. Some major sports have already flouted that measure without any apparent consequences.

The small world of anti-doping officials may be in uproar, but at RUSADA itself all is calm.

A WADA decision last year quietly restored almost all of the agency's powers without a formal reinstatement since the number of test samples taken in Russia had plummeted. Speaking earlier this month, RUSADA's CEO Yuri Ganus said just about the only effects of Russia's "non-compliant" status were extra monitoring of the agency's work and problems asking for assistance from foreign agencies.

RUSADA is on track to be among the most active agencies in the world this year after collecting 7,013 in the first eight months of 2018. That's almost as many as RUSADA did in the run-up to the Sochi Olympics, when it's accused of routinely "saving" dopers.

WADA says this time the Russian doping test results can be trusted.

Putin: Russian doping scandals could be US election meddling