Ryanair to cut up to 3,000 jobs, robots helping patients 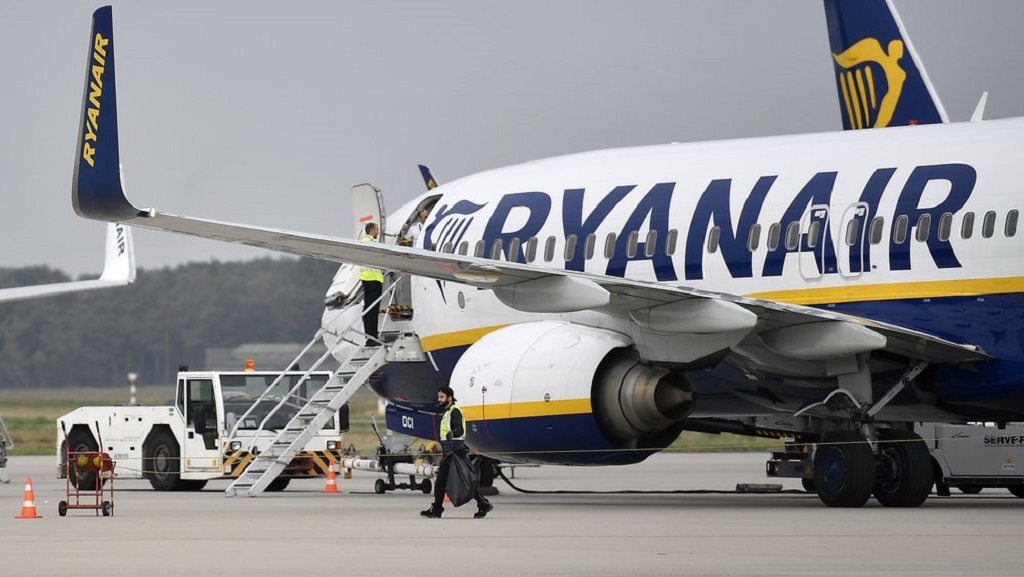 AIRLINES: The aviation industry is teetering on the edge as travel demand crawls to a near standstill but costs remain.

— Ryanair plans to cut as many as 3,000 jobs and close bases in Europe amid the collapse of travel due to the pandemic.

The budget airline announced a restructuring program Friday that includes plans for unpaid leave and pay cuts of as much as 20 percent. It will operate less than 1 percent of its flights from April to June.

TECHNOLOGY: With an overabundance of COVID-19 patients, the healthcare section is increasingly turning to technology to aid in the fight against the outbreak.

— Robot staff have debuted at a Tokyo hotel for mildly-sick coronavirus patients under a new plan to free up beds at hospitals overburdened with more severe cases.

Pepper, a semi-humanoid talking robot, greets new entrants at the lobby and reminds patients to check their daily temperature and encourages them to rest. "Whiz," a cleaner robot, will operate in areas where patients come to pick up meals and other daily necessities.

Guest patients can also access health management applications on computers and tablets to record their own body temperatures and symptoms.

The robots, both made by SoftBank Robotics, will also be deployed at other hotels rented by Tokyo's metropolitan government for patients with no or mild symptoms.

CENTRAL GOVERNMENTS & BANKS: Countries are moving toward easing strict stay-at-home orders, but the economic fallout from the virus is becoming more clear.

— Spain's government expects that the eurozone's fourth-largest economy will shrink by 9.2 percent this year and that unemployment will reach 19 percent of the working-age population.

The announcement comes a day after Spain's government said that the nation's economy had shrunk by 5.2 percent in the first quarter of 2020, ending 25 consecutive quarters of positive economic activity dating back to 2013.

— Malaysia will allow most economic sectors and business activities to reopen Monday, days before a two-month lockdown is due to end after infections fell sharply in recent weeks.

Prime Minister Muhyiddin Yassin says there is a need to revive the economy, as the country has lost 63 billion ringgit ($14.7 billion) since a partial lockdown began March 18.

— Shares dropped in Europe and Asia on Friday after the latest data drove home the extent of economic carnage from the coronavirus pandemic.