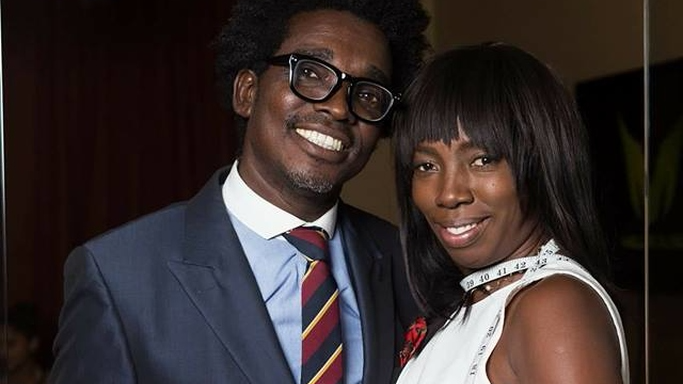 Members of the fashion industry and supporters of local fashion are in mourning following the death of bespoke menswear designer Gregory Mills.

Mills, who ran design label Millhouse with his wife Coline, passed away on Wednesday morning at the San Fernando Training Hospital.

He was suffering from liver cancer.

The father of two boys founded Millhouse in 1997 with his wife.

As news of Mill’s death spread via social media, many expressed their condolences and recalled their memories of him.

Andrew Ramroop taught Mills at his Savile Row Academy and expressed sadness upon hearing of his former student’s passing.

“I am deeply saddened to hear of the premature demise of a supremely talented master tailor. Gregory Mills was an exemplary student of tailoring and design at Savile Row Academy who showed a lot of promise as a student. When I first saw his collection at FWTT I encouraged him to formalise his training as I recognised his ability to achieve a high standard of service to his customers.  His wife Coline interviewed me for her University of the Arts London (UAL) degree and I was impressed by their aspirations to develop a respectable business. My deepest condolences to Coline and the family,” he told Loop.

Designer Peter Elias said Mills was one of the country’s finest craftsmen.

"Gregory’s passing is a sad loss. His immense training and talent made him one of our most acknowledged craftspeople. I admired his commitment to teaching and sharing his knowledge with so many young designers. My deepest sympathies to Coline who’s always been the perfect wife."

“ I met Greg in the 90s, I was looking for someone to sew for me. He was in Golden Doors Plaza I think and we hit it off from the word go. Then he met my Mom and my Dad who both loved him. Mummy and Gregory became close, she was someone he could talk to like a mother. She used to carry a sweetbread for him and Coline every time she baked. If I had to get something made, usually the first person I'd go to was Gregory. I was in England when he came up for the Savile Row course and I was so happy because I know he was a stickler for details. Most of my work shirts were made by Gregory! I will miss him, not just because he was a talented tailor but he was a great guy, we talked about a lot of things. Usually, when a public figure had on an ill-fitting suit, I'd say on FB, "So and so can I recommend you to Millhouse". Gregory was always striving to present the best and put forward a good example for his sons. Coline and the boys are in my thoughts.”

“I'm deeply saddened to hear of Greg's passing. He was in a class by himself as a cutter, tailor and fitter. It was a blessing to work with him. He will be missed,” he said.

“Gregory Mills was a good friend who was closer than a brother. His essence touched everyone who was blessed to encounter him. I am honoured to have worked with him and Coline at Millhouse and beyond blessed to have had many many laughs. From working hard in 2014 to have Millhouse show in London, and later in Trinidad and Tobago, his enduring faith and happy spirit was an inspiration. The world has lost one of the Caribbean’s most talented fashion designers and tailors. A true legend who leaves a lasting legacy as one of the nicest people and a fiercely dedicated family man. A Sagaboi form Sando who dared to dream - Gregory was a mighty man of valour and a giant among men. My sincerest condolences to Coline, Khamisi and Thierry."