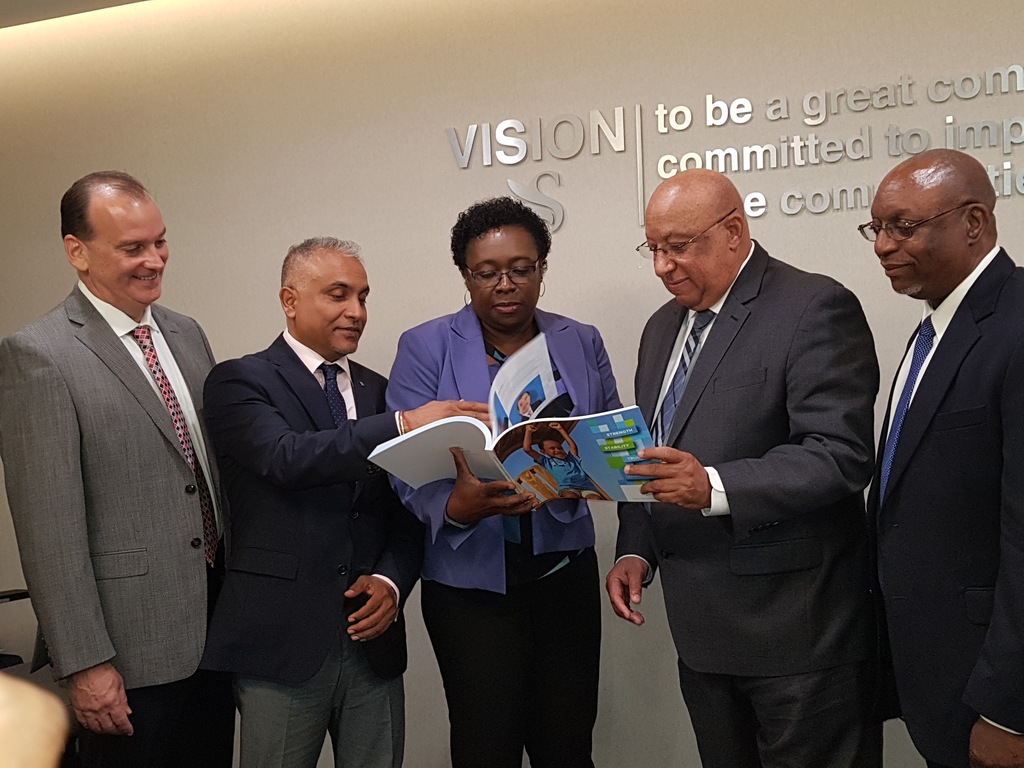 Senior execs at Sagicor look through the company's 2017 financial results.

The Caribbean is one of the most underinsured and under pensioned regions in the world.

This, according to Sagicor Financial Corporation, as the company boasted its best performance in 2017.

Speaking to media in Trinidad and Tobago and Barbados during a presentation of its 2017 annual report, Sagicor executives revealed that the company’s results were the best since 2008.

The company’s continued improvement came in spite of regional challenges among them the contraction of the Trinidad and Tobago economy and the slowing of the Barbados economy in the face of several downgrades, depleting international reserves, high Government deficits and limited appetite for private-sector financing.

Ravi Rambarran, the Group Chief Operating Officer, said there were also constraints from the Hurricanes of 2017, which severely impacted some of the islands in the Eastern Caribbean as well as political upheaval in Venezuela.

Sagicor had a net provision of US $7.5 million related to claims exposure from hurricane activity in 2017.

Rambarran said the region is underinsured which puts the burden on Governments.

Making reference to Dominica, which was devastated by Hurricane Maria, Rambarran said the under insurance of primary assets was far more devastating.

Chief Executive Officer Dr Doddridge Miller said there are no plans to implement any campaigns to increase insurance purchases in the region. He said the 177-year-old company will continue to advertise in markets and work with agents on the ground to improve the situation.

Despite the continuing improvements in the company’s profitability, which is expected to continue in 2018, Miller lamented that shareholder value in Trinidad and Tobago continues to be low.

Sagicor operates in 22 countries with three principal segments: Sagicor USA, Jamaica and Cayman Islands and Sagicor Life which includes Barbados, Trinidad and Tobago, Belize, The Bahamas, Panama and the Eastern and Dutch Caribbean.

The Sagicor Life segment generated revenues of US $421 million while Sagicor USA’s revenues totalled US$159 million compared to US$149 in 2016.