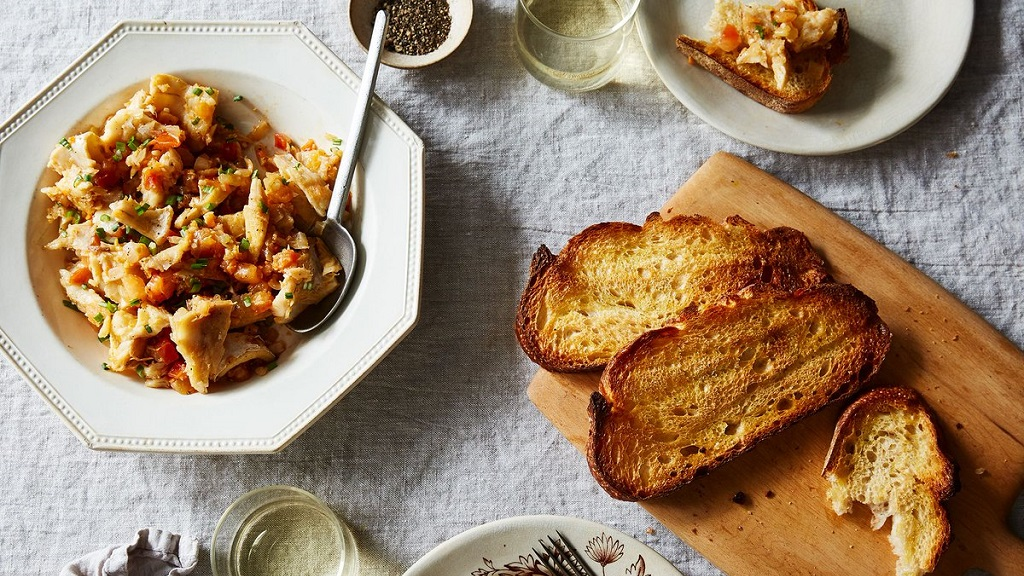 Brigid Ransome Washington, originally from South Trinidad but now based in North Carolina, described the special meanings the dish has for her both from a personal and historical point of view.

"In my native Trinidad, the name “buljol” is derived from the words brulé (burnt) and gueule (mouth), a nod to the dish’s spiciness. While patois contorted the word to its present form, there’s no changing one key ingredient: salt cod. Native to North Atlantic waters, cod preserved in salt supplemented the Caribbean slave’s one-meal-per-day ration," she said.

Her recipe calls for the slightly less fiery habanero pepper instead of the typical Scotch bonnet pepper which is used in Trinidad and Tobago.

Additionally, the dish's popular accompaniment of flour dumplings was left out, leaving viewers to add whatever side dish they like.

10 Trini dishes and their calorie counts