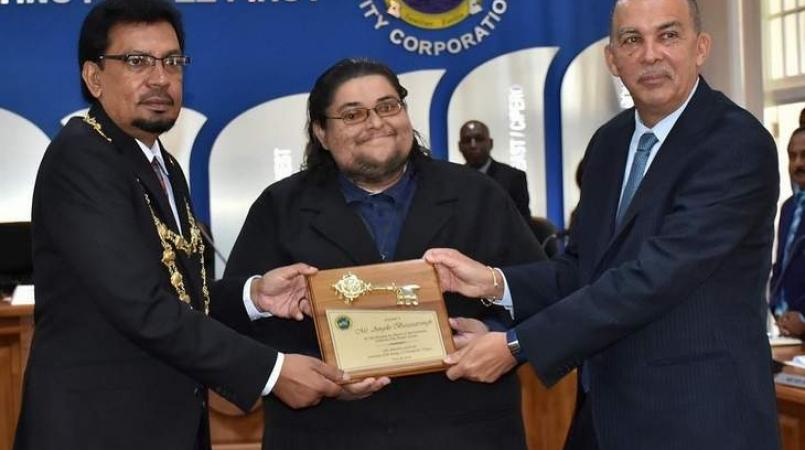 Bissessarsingh, who passed away last month after a battle with pancreatic cancer, had previously made an urgent appeal for the creation of the Trust, to highlight and preserve the history and culture of the City of San Fernando. He was named as a Special Advisor.

Today, that call has become reality as the Trust is now up and running.

The Trust has the unwavering support of Mayor Junia Regrello and Councillor Philip Montano, who both attended the 2nd Caribbean Conference of National Trusts and Preservation Societies in May 2016 at the Trinidad Hilton, Port of Spain.

Following that forum, visiting UK Consultant Terrence Suthers, Esq., head of the York Archeological Trust was invited to the industrial capital for a site seeing tour of the places in San Fernando that had undergone the process for listing by the National Trust of Trinidad and Tobago during the previous year.

Suthers said such a fascinating cluster of historical architecture made the City of San Fernando an attractive and worthwhile heritage tourism destination.  He offered advice on the ways in which heritage tourism could bolster the economy of the City, providing jobs and new entrepreneurial opportunities.

As one of its first official actions, the Trust will be seeking to take a note to Cabinet to declare Harris Promenade a historic district since it is also host to many significant monuments, such as “the last train to San Fernando”, statues of Marcus Garvey and Mahatma Ghandi and an 18th century Band Stand.

Three national actions have been requested to honour Bissessarsingh’s passing: that his books be introduced to our schools; that Carnegie Free Library be designated a Heritage Library in his honour and that a Fund be established for the restoration and ongoing preservation of historic buildings throughout the Country.

Chairman Terrence Honore indicated the Trust’s intention to join the lobby for these action points to be implemented, adding that it will seek to honour the memory and legacy of the historian in recognition of his sterling contributions to the establishment of the San Fernando Heritage Trust.

The Chairman also appealed to government and the corporate sector for support in order for the Trust to achieve its objectives.

Honore noted that a special committee has already been appointed by the San Fernando Mayor as the Trust explores all avenues including the possibility of funding from the National Lotteries Board.

The Trust has vowed to work to continue the efforts of its Special Advisor, adding that the best way to do so may be to emulate his passion for the historical and cultural heritage of the city and the nation, and to see that it is preserved as a unique international attraction that the world will want to experience.