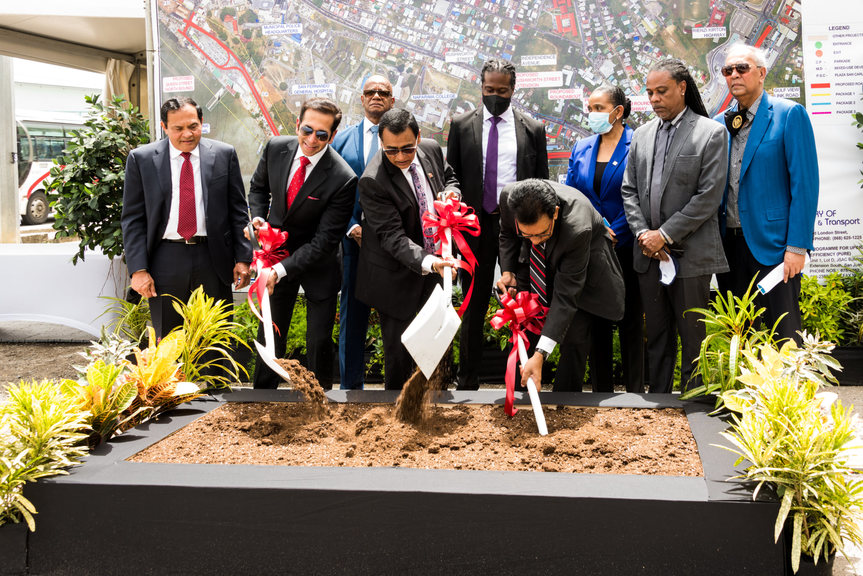 Photo via Facebook, The Ministry of Works and Transport.

After decades of promises, residents of San Fernando can expect to see the development of the San Fernando Waterfront become a reality.

This follows the turning of the sod on Friday, which marked the launch of the Widening of the Lady Hailes Avenue Project.

Work on the project, which forms phase one of the San Fernando Waterfront Redevelopment Project, begins on Saturday.

The project is expected to be “one of the largest regeneration projects in Trinidad and Tobago to date, with the aim of enhancing the economic, social and cultural vitality of the city of San Fernando and its environs.”

Speaking at the ceremony on Friday, Works and Transport Minister Rohan Sinanan took note that this is an election year but assured that the project was no election gimmick.

Sinanan promised that residents will see the growth and development of the city they have clamoured for over the years.

He noted that the sod had been turned on the project on two previous occasions but the development was never started.

Construction on the project is expected to take a year at a cost of $70.49 million.

Contracts totalling more than $1 billion have already been awarded for the construction of apartments and a 1,000 parking facility.

Lady Hailes Avenue will be widened to a four-lane dual carriageway from the Todd Street/Rienzi Kirton Highway Intersection to Queen Street.

The Programme for Upgrading Roads Efficiency (PURE) of the Ministry of Works and Transport (MOWT) has been mandated to execute these widening works.

The San Fernando Waterfront Redevelopment Project is proposed to be an attraction for local and international tourist to the southern region of the country and create opportunities for business owners through a number of developmental initiatives.

Primary stakeholders to receive this benefit include residents, fisherfolk, commuters, business owners, art and culture participants, and the biophysical environment.