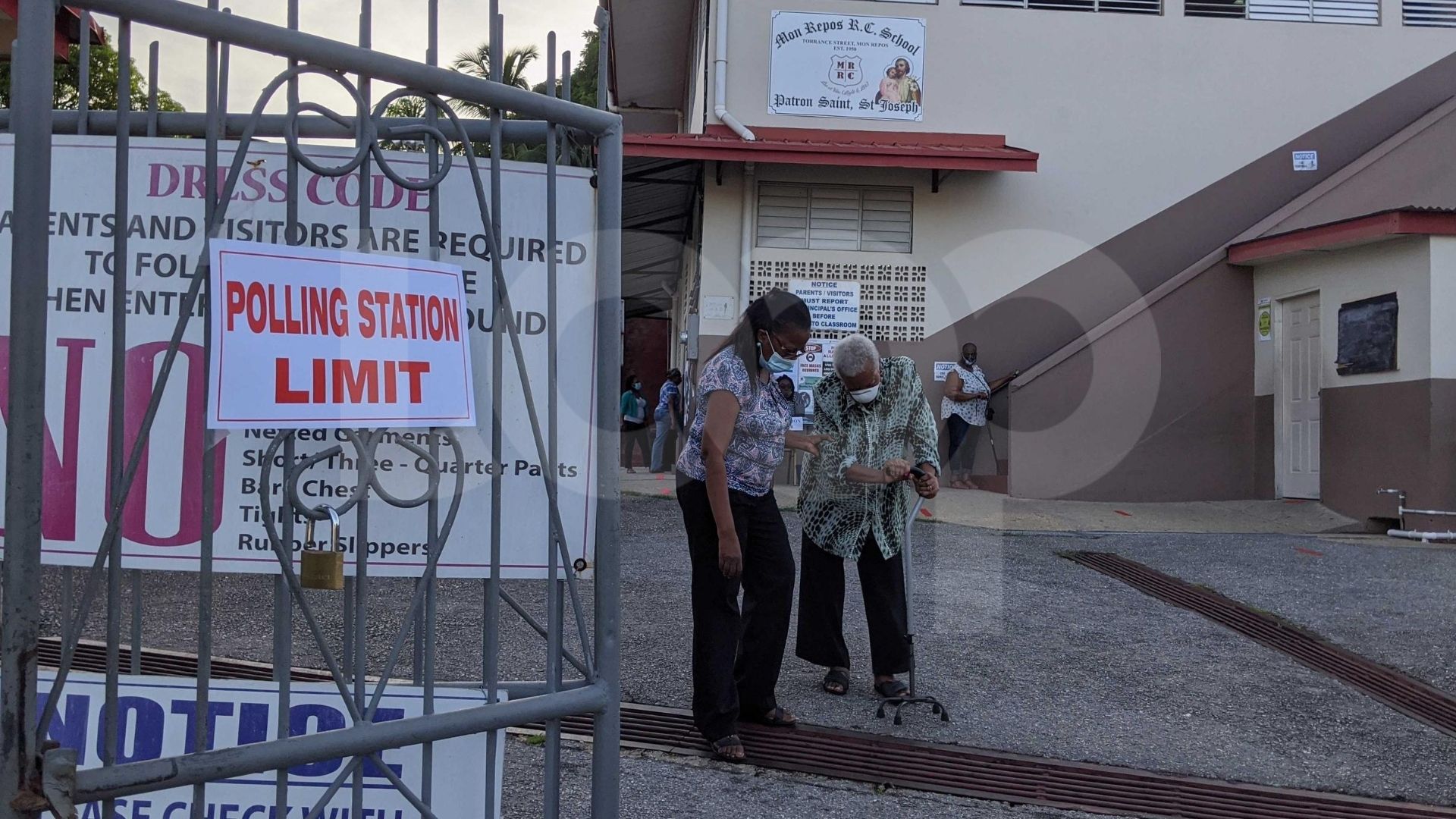 Voting was off to a great start in the marginal constituency of San Fernando West when the polls opened at 6 am.

There were long lines at the polling stations Loop News visited on the outskirts of the main city area.

Voters reported a smooth voting process, even in the face of COVID-19 regulations in effect which understandably led to an increase in the time electors traditionally take to cast their ballots.

At the Mon Repos RC Primary School where United National Congress (UNC) candidate Sean Sobers voted, lines extended beyond the polling station limit at many points as a steady flow of electors kept pouring in.

Temperature checks were being done by National Maintenance Training and Security (MTS) personnel on electors before they were allowed to enter the school compound.

The voters Loop News observed were compliant with health regulations, ensuring that they wore masks and washed their hands before joining the line.

At the San Fernando Methodist Primary School where Hazel and David Manning cast their votes, lines snaked along the roadway.

No temperature checks were being done but voters wore their masks and were sure to wash their hands upon entry onto the school’s compound.

For the most part, people lined up outside the polling stations were sure to maintain some distance between one another.

A fair number of youth turned up to vote but the majority of those coming out early to cast their ballot were elderly. Many elderly voters came with relatives who assisted them to get out of their vehicles and into the polling stations.

The San Fernando constituency is currently held by the People’s National Movement’s (PNM) Faris Al-Rawi, who is seeking re-election. He was successful at the 2015 polls gaining 10,112 votes to the United National Congress’ (UNC) Raziah Ahmed’s 6,802 votes.

The seat was won in 2010 by the Congress of the People’s (COP) Carolyn-Seepersad-Bachan. From 2000 – 2007 the seat was held by the UNC’s Sadiq Baksh. Sobers is seeking to wrest the seat from the PNM.

EBC: Any colour can be worn on polling day