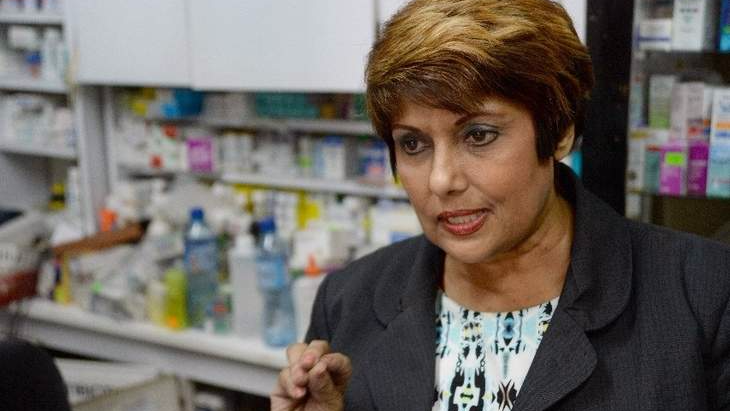 San Fernando Business Association President Daphne Bartlett was reportedly threatened at her workplace on Monday for statements she made about the decision taken by the mayor to allow vending on High Street this December.

Bartlett on Friday reportedly described the decision to allow the vendors to temporarily ply their trade during the month of December, as ridiculous.

In an interview with Loop on Monday, she said she was approached by a man at her workplace yesterday who threatened her because of the statements.

“I was in the middle of something I never experienced in all my life…this guy that I never saw in my life stormed in and started to make all sorts of claims and accusations…whenever I make a statement that is not my opinion, it is the opinion of the members of the association,” she said as she recalled the incident.

Bartlett further described the decision to as a high-handed one and criticized the mayor for a lack of consultation with the relevant stakeholders on the matter.

Sando business owners: This year’s Christmas sales the slowest ever

It’s December 5th, twenty days shy of Christmas. And, what is usually a busy shopping period for many, is turning out to be quite the opposite this year, according to the President of the San Fernando Business Association.

Bartlett said businesses have indicated that this year’s Christmas sales is the slowest they have ever witnessed in all their years of doing business.

“Well it’s the beginning of the December and it hasn’t really picked up. We did have a slight increase today because it is month end and people got their salaries and so on and had their basics to buy. But generally, from other business owners, every single one has said that it is the slowest they have seen in all their years of business, many of them over 20, 30 years,” Bartlett lamented.

She further noted that businesses are concerned that a park and ride system has not been put into place this year by the mayor of San Fernando.

“One of their concerns also is that the mayor didn’t put in place (as previous mayors would have done) a park and ride system where you’d either use the NAPA South or Skinner’s Park and then provide security there and a shuttle service to High Street, as we do not have a public car park in San Fernando.”

Bartlett said the mayor has no discussions with the businesses on this issue.

Have you seen Reagan?