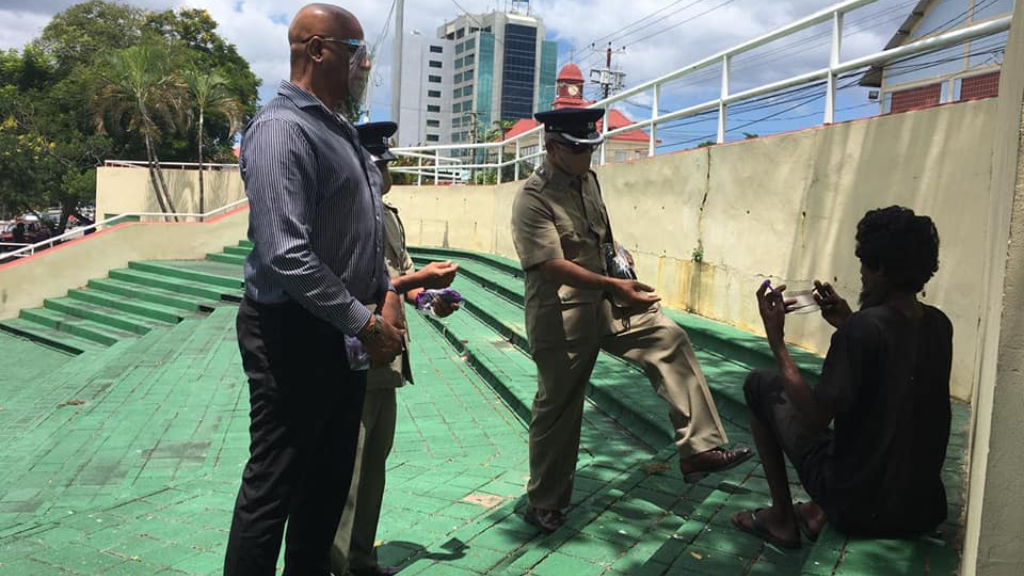 After reports that socially displaced individuals were charged over the weekend for not wearing masks, the San Fernando Mayor has pledged to assist by paying their fines.

Mayor Junia Regrello on Monday said these fines would be paid through the Mayor’s Funds.

Regrello indicated that the payment of these fines would be a one-time offer.

To do his part to ensure that these individuals do not find themselves fined again for failure to wear a mask, the Mayor on Monday distributed face masks.

The Mayor, along with Senior Superintendent of Police Yusuff Gaffar, and Senior Officers of the Southern Division, distributed masks to street dwellers within the city. Each of these individuals was given three masks.

Regrello said these masks are in addition to masks which would have been distributed previously by the San Fernando City Council and municipal police.

The Mayor toured Harris Promenade and Library Corner, where he interacted with some of the socially displaced who were charged.

He learnt that the majority of those charged did in fact have homes of their own. 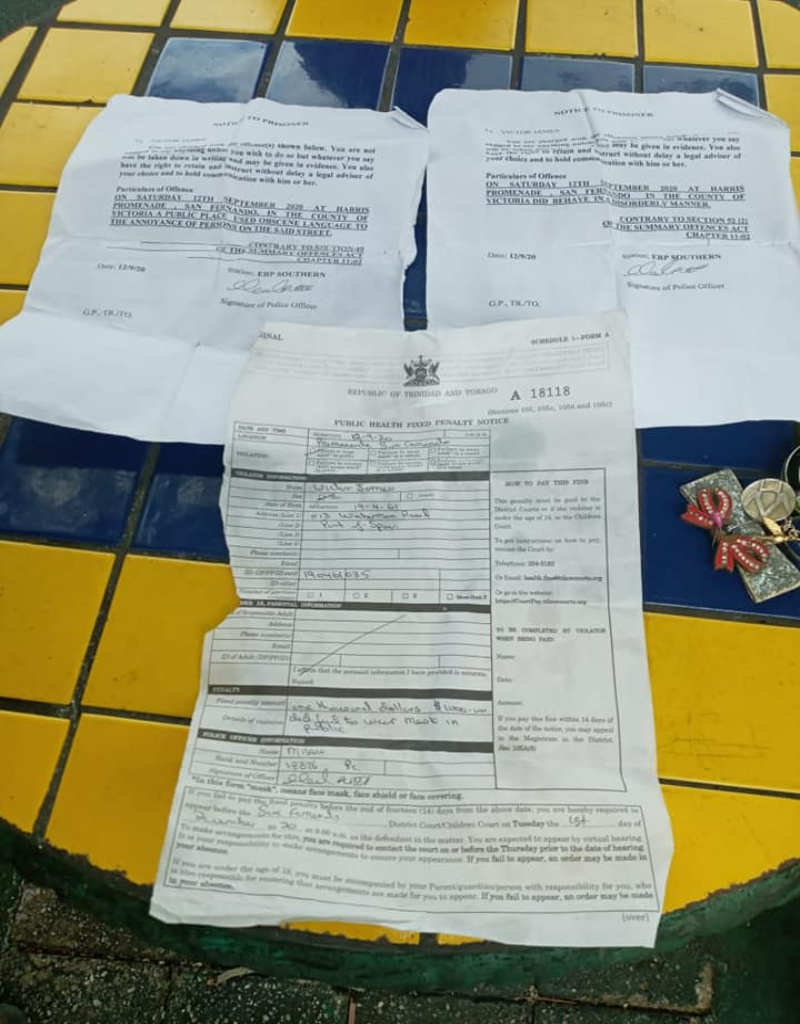 Photo: "Homeless" ticketed for failure to wear masks, use of obscene language, and disorderly conduct. Credit: His Worship The Mayor Alderman Junia Regrello.

Others were charged not only for failing to wear masks, but tickets presented by the individuals proved that they were behaving disorderly in public and used obscenities while addressing the police.

Regrello told Loop News that one of the men who was charged lives in Port of Spain but takes the bus to come down to San Fernando for free meals on the weekend. The man rides for free as he is a pensioner.

The Mayor identified two others as Leslie Mitchell, a deportee, and Anthony "Animal" Duncan.

He said the police received complaints from concerned citizens about the men who were reportedly coughing in public in a manner that was concerning. They were also cursing.

Regrello said they had been warned on previous occasions by police.

He noted that while these men appeared to be homeless, they are "market touts" working at the Central Market and receive payment for their services.

The Mayor defended the ticketing of these individuals as he said the officers took an oath to protect and serve, and they have a duty to uphold the laws.

He said: "If you are a threat and a liability to the public, the TTPS has a responsibility to do what they have to do. It cannot be that you have a handful of people holding the country to ransom. They were warned on previous occasions and the police have their job to do."

Masks were also distributed to people on Mucurapo Street and outside of the San Fernando Central Market. 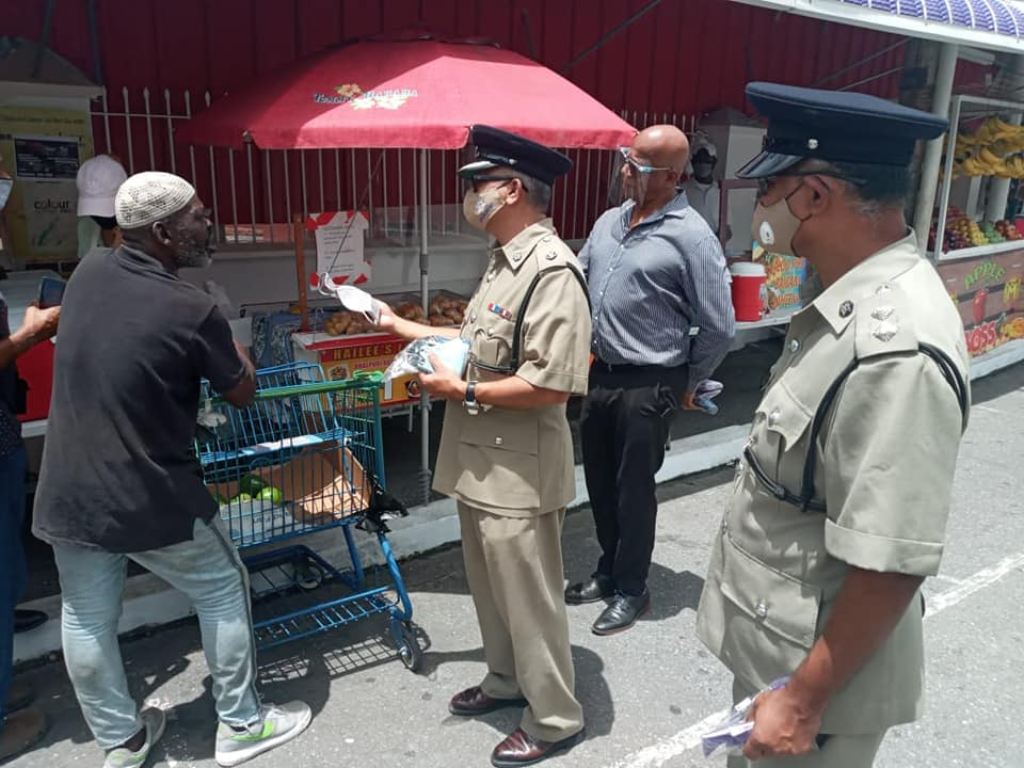 Asked how the street dwellers would be able to keep their masks clean, the Mayor indicated that they have access to washing machines at the San Fernando Centre for Displaced Persons located near King's Wharf.

One user wrote: "Very welcoming Mayor Regrello always getting the job done in order to keep San Fernando safe and clean. It is up to the citizens to do their duty and follow the guidelines in making San Fernando a better place to be proud of. Much appreciation goes out to your team especially the frontline and healthcare workers. May God continue to bless you all richly."

Others said it was a welcome initiative and urged the Mayor and police to "keep up the good work".

Gary on mask tickets for homeless: Are they really homeless?