Sandro gunning for Madrid to give Barcelona LaLiga glory 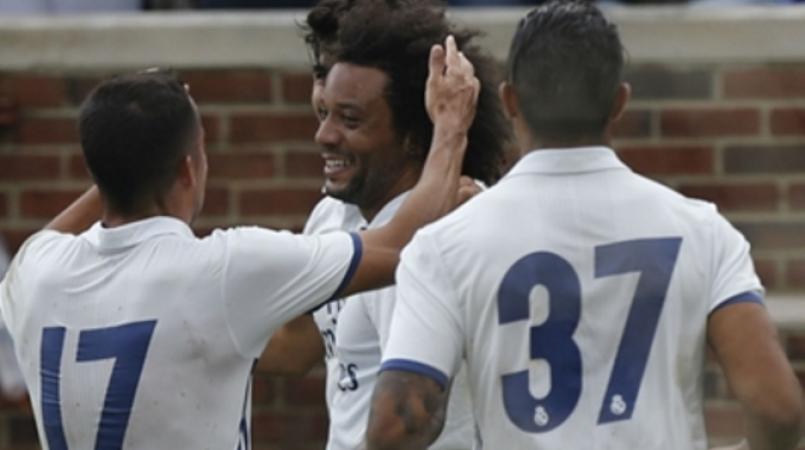 Sandro was released by Barcelona at the end of last season but the Malaga forward is determined to take down Real Madrid on Sunday.

Madrid's 4-1 victory over Celta Vigo on Wednesday means they go into Sunday's final round of fixtures three points ahead of Barca, who must beat Eibar and hope their rivals lose at La Rosaleda.

Sandro joined Barcelona as a teenager and progressed through their academy to make 32 first-team appearances before being allowed to leave on a free transfer last year.

Malaga snapped up the 21-year-old, who has impressed with 16 goals in 30 matches in all competitions this term.

An ongoing hot streak of seven in his last eight LaLiga appearances includes a strike against Barca, when Malaga saw off Luis Enrique's men 2-0 last month, and Sandro hopes for a further say in the title race.

"Hopefully I can score and hand the title to Barcelona," he told LaLiga World.

"Hopefully it's a dream day. I owe them [Barca] everything."

The Las Palmas born attacker claimed Madrid also wanted to take him on as a youngster but he has always held Barca close to his heart.

"It was really emotional, above all for my parents, when Barcelona came for me after seven years with Las Palmas," he said.

"I had the chance to go to Madrid, but I like Barca more, because I was always a Barca fan. So was my dad. At the time the academy [at Barcelona] counted for a lot."

Sandro's sentiments contrast somewhat with those expressed by his head coach last month.

Michel, a lifelong Real Madrid fan who played at the Santiago Bernabeu for 14 years, described himself as "much more of a Madridista" than Jorge Valdano – the former Madrid man who led Tenerife to consecutive final-day wins over the capital club to hand Barcelona the title in 1992 and 1993.

Following controversy over those comments, Malaga president Abdullah Al-Thani was reported to Spain's Anti-Violence Committee for Sport by Barcelona for his outspoken reaction on social media.

He tweeted: "God willing [Madrid] will get beaten by us, but the Catalan scum will not get a whiff of the title after the lies they spread about Michel."

Ramos: Real Madrid squad one of most complete ever