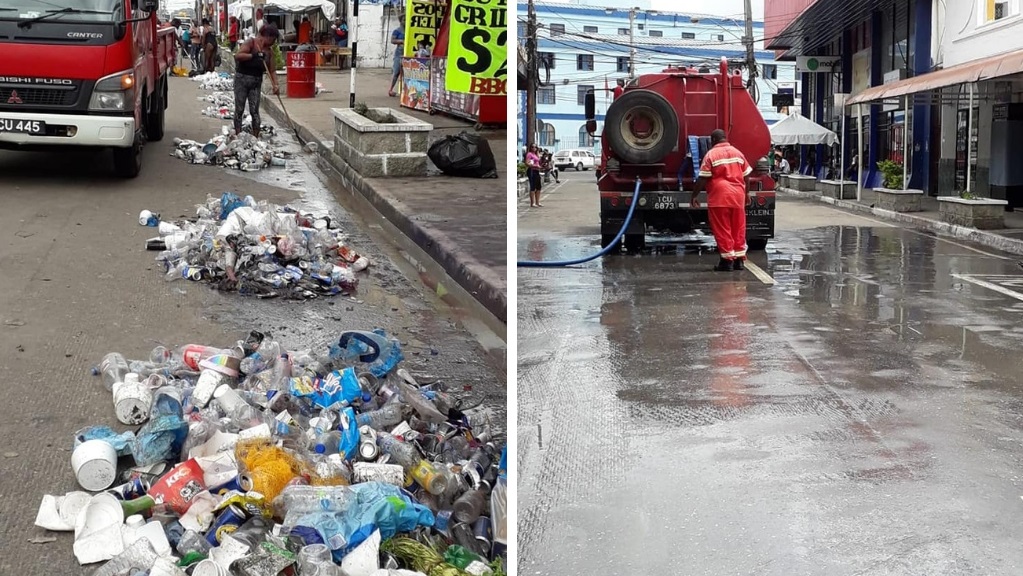 Sangre Grande j'ouvert revellers unfortunately did not leave behind just memories after jumping up in the streets on Monday morning.

The group asked what the update was on the promised ban on Styrofoam, which has not yet been enforced.

"Well done citizens of Trinidad and residents of Sangre Grande , this is what it means to be trini! I guess this is real love for country!

"Doesn't matter if we deploy clean up crews afterwards, the damage to our environment has already been done!

"Employ more litter wardens and give tickets to all these litter bugs and with the money generated build a recycling plant!" 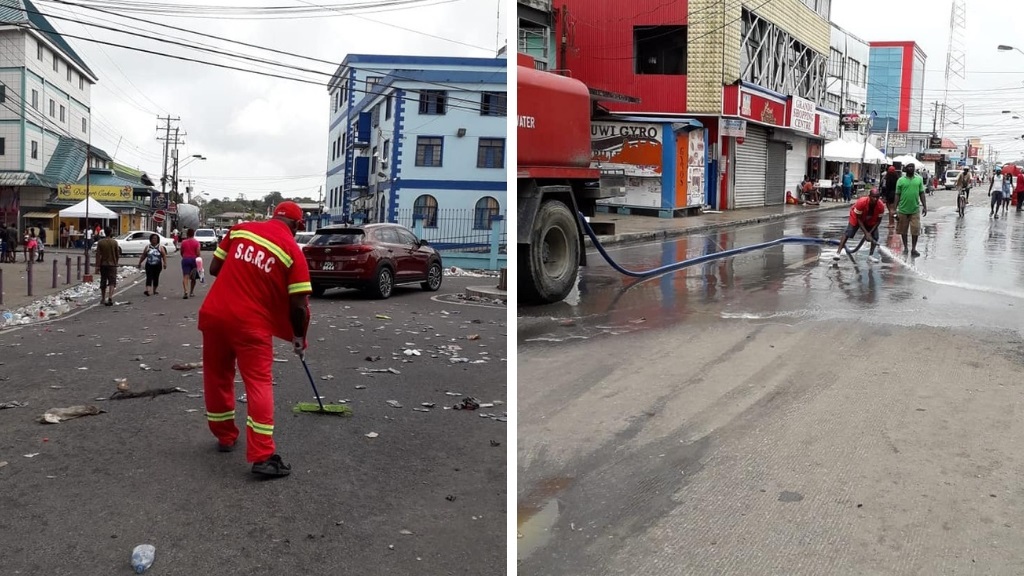 Sangre Grande Corporation Chairman Anil Juteram was part of the clean-up team which swept and hosed down the streets, leaving them clean once again.

The Corporation said: "Our Public Health Department cleaning the streets of Sangre Grande Town Centre after J'ouvert celebrations this morning."

The group asked citizens to show consideration for their environment, to reduce their usae of single-use plastic bottles and to tidy up after themselves.

MP: Citizens to be wary of novel coronavirus after Carnival

Nicki Minaj on the road with Tribe at Trinidad Carnival

Ludacris here for T&T Carnival: Trinidad, I love you!