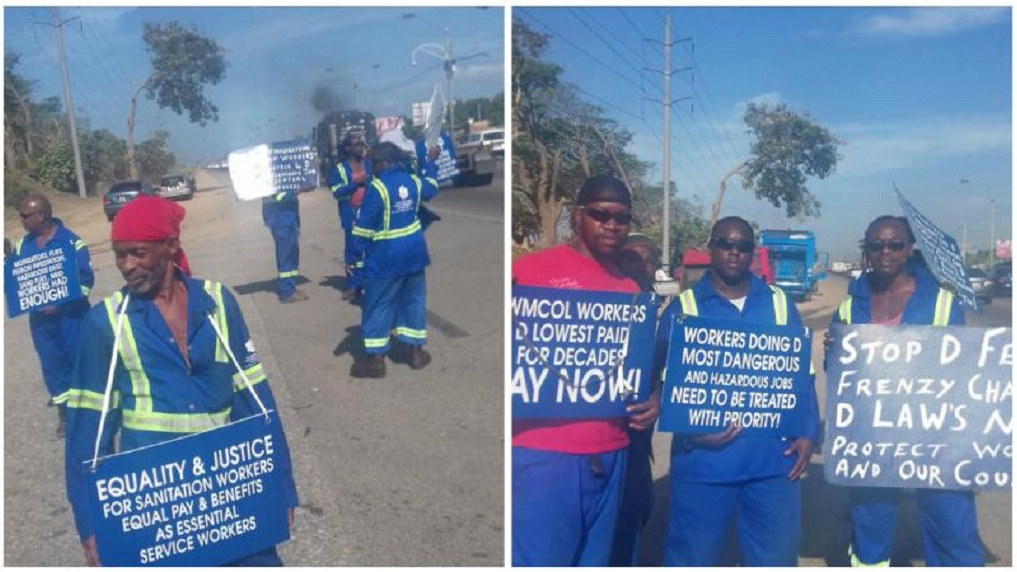 The Trinidad and Tobago Solid Waste Management Company (SWMCOL) said it is working towards a solution with sanitation workers after a report of strike action at several landfills.

In a statement, the company said strike action by the Industrial General and Sanitation Workers Union took place at the Beetham, Guanapo and Forres Park Landfills on Monday, which resulted in traffic congestion heading into these sites.

The company said the CEO and Management are working towards implementing a solution in a timely manner.

Union president Robert Benacia said workers have still not been issued backdated wages for the period 2014-2016 and a new financial period is about to conclude at the end of 2019.

"We have some people with respiratory problems, we have people, including myself, with rashes that won’t go away, some people have gone to doctors and spent a lot of money trying to alleviate them."

Benacia said there is as yet no confirmation that persons have died from cancer but there have been several reports of workers dying soon after retirement.

He is pleading with the Finance Ministry to authorise these payments for sanitation workers.

Benacia said that they did not want it to reach this stage but they have no choice.

"I hope the Minister of Finance will let better sense prevail because things will only get worse if they keep ignoring our issues," he said.

The company apologised to the public for the inconvenience caused.

Drivers are advised to seek alternate routes to avoid traffic in these areas.