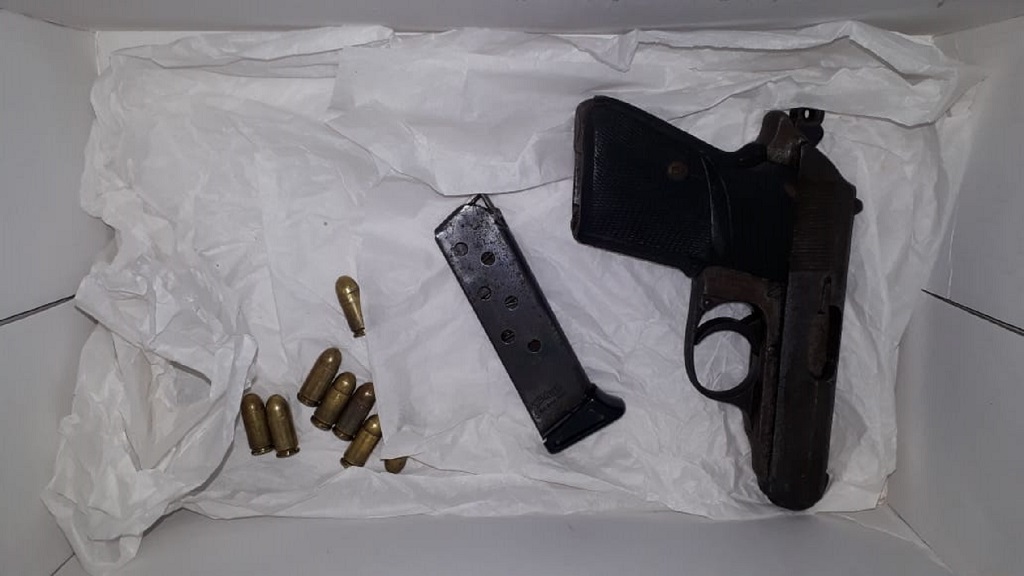 A 37-year-old man is in custody after a loaded firearm was found, tucked in his waist.

The suspect, from the Santa Cruz District, was arrested during a police exercise on Monday night.

The exercise was spearheaded by Snr Sup Sagramsingh, with assistance from Cpl Ramkissoon, PC Holder, PC Dwarika, PC Mykoo, and PC Gangaya, among several others.

The officers received reliable intelligence which led them to Cantaro Extension in Santa Cruz.

While there, the officers observed a man who began to act suspiciously on seeing the lawmen.

As a result, he was searched, and a Keltec 380 firearm, loaded with eight rounds of ammunition, was allegedly found tucked in his waist.

The 37-year-old was immediately arrested and taken in custody.

He is expected to be placed on identification parades today, following which, he will be charged and brought before a Port of Spain Magistrate.

Narrow escape for driver after shooting in Laventille