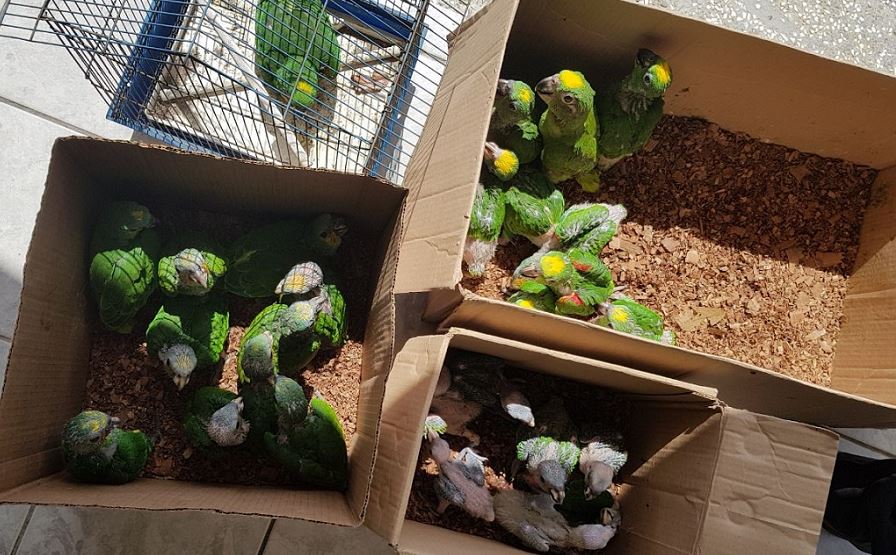 A 31-year-old Santa Flora housewife has been arrested after she was found in possession of 28 yellow-headed parrots during an anti-crime exercise on Tuesday.

According to reports, South Western Division Task Force officers and game wardens attached to the Forestry Division’s South Patrol executed a warrant at the Savannah Road home of the suspect.

There, they found and seized the birds which are a protected species.

The exercise was conducted between noon and 3 pm.

The woman, who was in the house at the time of the exercise, was arrested in connection with the find.