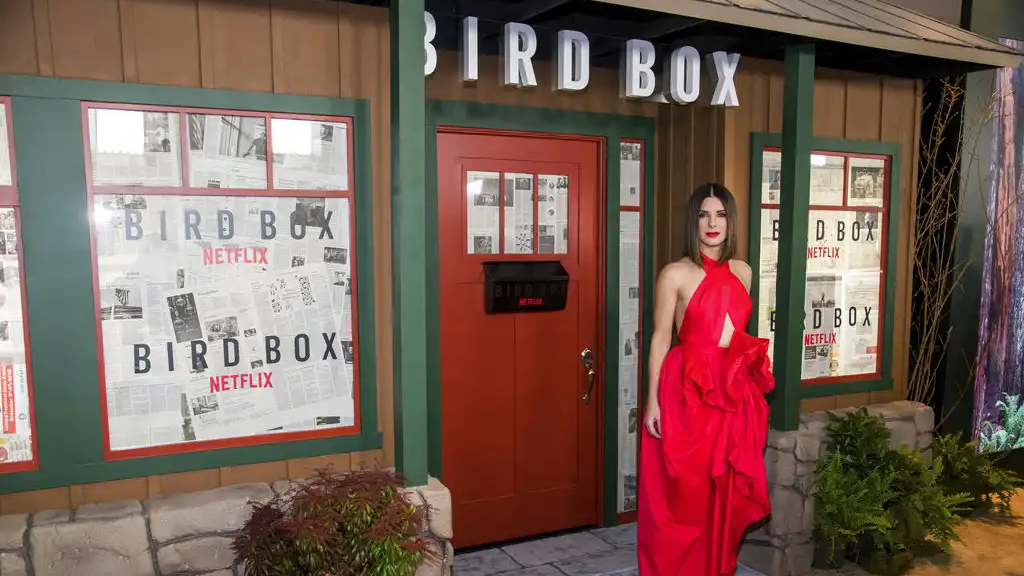 For so long, movies around the holidays have been merry and bright. Lately, more and more seem murderous and designed to fright.

Take this winter, where, of course, sugary options abounded, such as "Mary Poppins Returns" on the big screen and "A Christmas Prince: The Royal Wedding" on TV. Then there's the post-apocalyptic survival story "Bird Box."

Released just days before Christmas on Netflix, the Sandra Bullock-led thriller is about monstrous entities that compel any human who sees them to quickly try to kill themselves. Not exactly the stuff of sugar plum fairies.

But even though Netflix declines to release viewership numbers, "Bird Box" seems to have struck a nerve, triggering the creation of memes and online chatter for a very dark film dropped into the festive period.

"I have never ever had as much attention or as many page likes, post likes/ shares and comments on any of my other pages as I have had on this one," says Heather Drake, who started a Facebook page for fans of the story and is not affiliated with the film or distributors. "It's been insane. I can't even come close to responding to all the feedback, if that tells you anything."

Critics have been mixed toward "Bird Box," with many noting similarities to John Krasinski's "A Quiet Place." Variety complained about the "inexplicably bland ensemble" and The Hollywood Reporter sniffed that it was "not all that it might have been." The Guardian declared it "a bird-brained mess."

In some ways, it shouldn't come as a surprise that a film about monsters attacking people showed up on the online video streamer on Dec. 21. Alternate Christmas movies are all the rage these days, from "Die Hard," ''In Bruges," ''Kiss Kiss Bang Bang" and "Lethal Weapon."

Drake thinks the holiday timing of "Bird Box" isn't that important, noting the need for fresh and intriguing movies during the holidays far from usual stale fare like "It's a Wonderful Life" or "Rudolph the Red-Nosed Reindeer."

"I don't honestly think it would have mattered if it was Dec. 21 or July 21," she said. "However, Dec. 21 would give an advantage as many people are on vacation from school and work. And who doesn't want to cozy up and 'Netflix and chill' on a cold night when they don't have to worry about school or work the next day?"

Netflix's decision may also be an attempt to replicate last late-December's hit "Bright," starring Will Smith and Joel Egerton. That supernatural cop drama also wasn't received well by critics but garnered strong word-of-mouth interest and a sequel has been promised.

Bullock has been one of Hollywood's top stars since her 1994 hit "Speed" but had never made a horror movie until "Bird Box." She told The Associated Press before a special screening in New York this month that the risks she and the cast undertook were somehow appealing.

To evade the movie monsters, Bullock and two young children are blindfolded while navigating through a forest and a treacherous river. The title refers to a literal box of birds that her character carries — the birds begin to chirp when the unseen evil approaches. Like the timing of the final film, it seemed to be a fresh challenge.

"Anytime that they yelled 'Stop!' we knew we knew we had gotten to a place where we could all get injured," Bullock said. "And we fell. And I said don't stop the camera unless I say, 'Stop!'"

'Avengers 4' gets a title, trailer and new release date