Sargassum seaweed is back 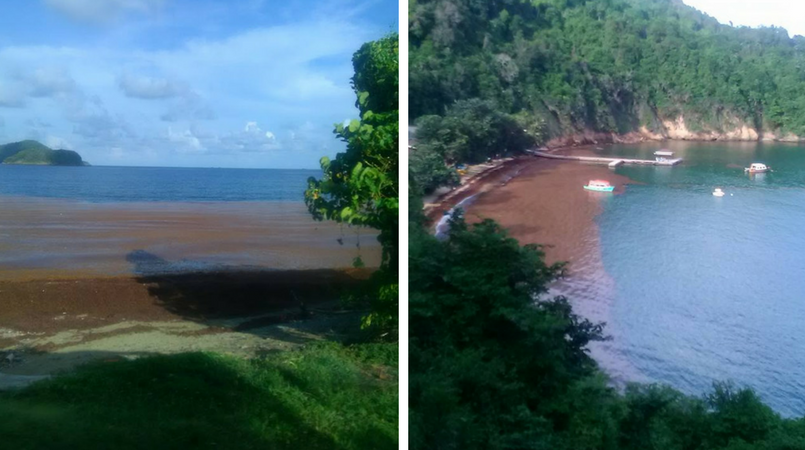 Citizens have reported a resurgence seaweed along Trinidad and Tobago’s coastlines.

A report by the Office of Disaster Preparedness and Management (ODPM) confirmed that large quantities of Sargassum seaweed were observed off the southern coast of Trinidad and on the leeward and windward sides of Tobago.

The ODPM says the trend is expected to continue over the next few weeks as strong marine currents are anticipated to transport the mass of Sargassum located south-east of Trinidad in the Guiana Basin to the southern Caribbean.

The Sargassum will likely impact marine interests and the shorelines of Trinidad and Tobago.

Citizens are urged to be vigilant and exercise caution when on the nation’s beaches and venturing out to sea.

The relevant authorities are monitoring the situation and will issue further advisories as necessary.

Last year, heavy deposits of Sargussum seaweed covered Tobago's coastlines, affecting fishermen's livelihoods and tourism due to the unsightliness and strong odour of the marine plants.

The Tobago House of Assembly (THA) spent over $4 million in coastal clean-up efforts to remove the seaweed from the island's major beaches.

Pelagic sargassum is a brown alga, or seaweed that floats free in the ocean and never attaches to the ocean floor.

These free-floating forms are only found in the Atlantic Ocean. Sargassum provides refuge for migratory species and is an essential habitat for many species of fish and other sea creatures.

The seaweed provides an important nursery habitat that provides shelter and food for endangered species such as sea turtles and for commercially important species of fish.

There are two species of sargassum involved in the influx: Sargassum natans and Sargassum fluitans.

It plays a role in beach nourishment and is an important element of shoreline stability. For example, sand dune plants need nutrients from the sargassum, and sea birds depend on the sea life carried in the sargassum for food.

During decomposition there will inevitably be a smell and insects around.

The experience in locations that have left the sargassum on the beach is that it will eventually get washed away or buried in the next storm, with rain easing the smell.

Environmentalists have also suggested using the seaweed as fertiliser for crops.