Sargassum seen in Speyside, TEMA says no cause for alarm 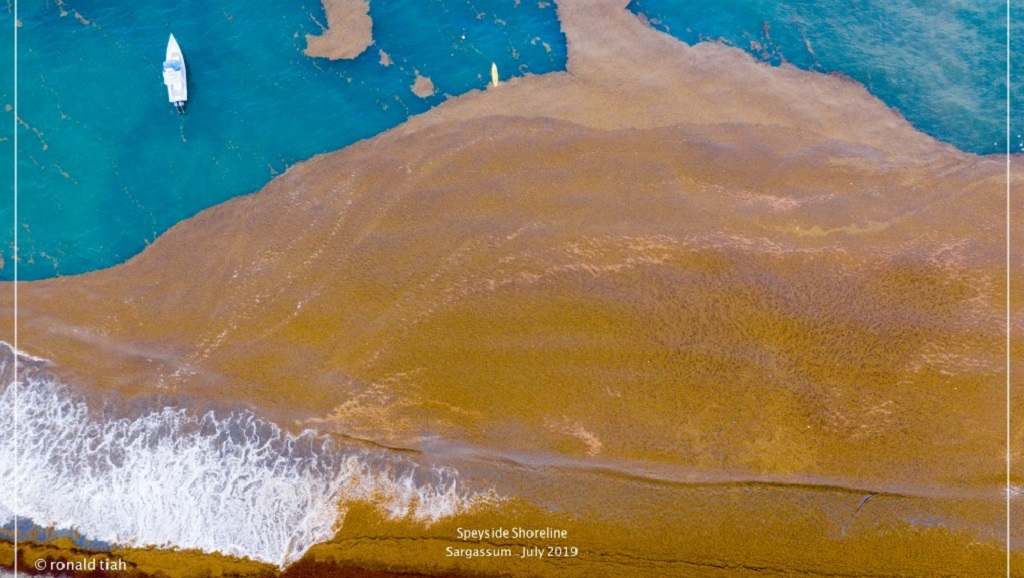 Photos have been shared showing Sargassum seaweed off the coast of Speyside, Tobago, however the Tobago Emergency Management Agency said there is as yet no cause for alarm.

The photos, shared by Dive TnT and taken by Ronald Tiah, showed the seaweed along a coastline in Speyside. The company said some of the seaweed deposits were so thick that birds were able to walk on top of it. 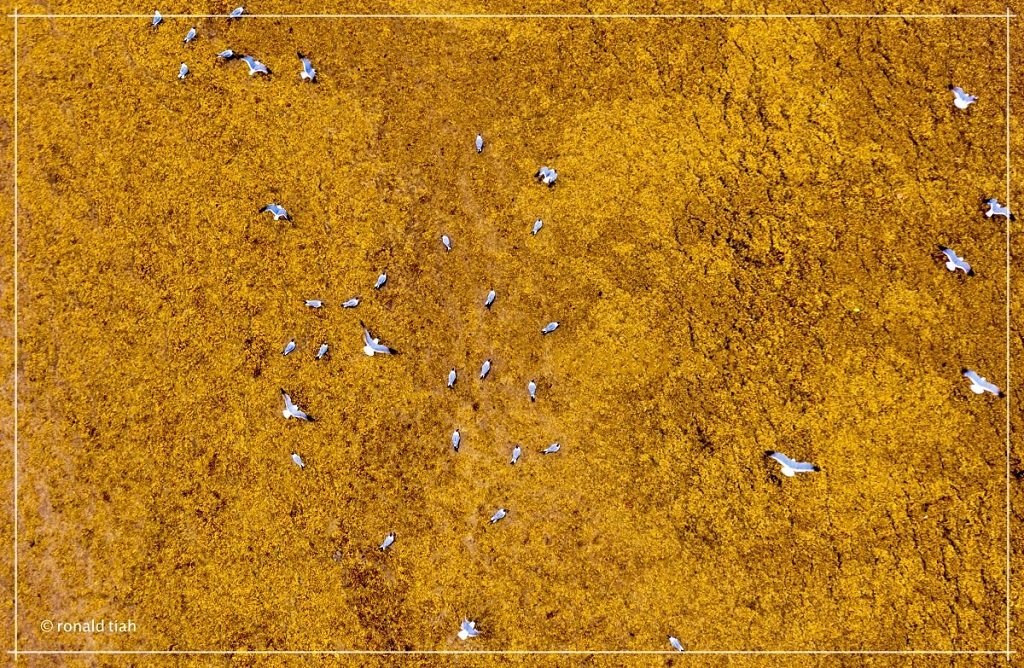 “July 2019 : Sargassum is so thickly blanketing the shoreline, the seabirds can sit / walk on it and feed. Aerial shot in Speyside, Tobago WI," Dive TnT said in its caption.

However TEMA said that so far, the sargassum deposits noted this year match those of the preceding years, and there is no cause for concern.

"In recent years, the amount of Sargassum in Tobago is about the same. Right now there are no cause for wide scale alarm."

TEMA said clean-up activities will be undertaken by the Tobago House of Assembly and local villages to remove the sargassum.

The agency noted that in areas where the seaweed is expecially thick, hydrogen sulfide can be released by decomposing sargassum, which might pose a health risk, however there is no risk at this time.

Heavy deposits of sargassum may threaten turtle nesting sites, some researchers have said.

Meanwhile, some according to Barbados media reports, flying fish numbers are also being affected. 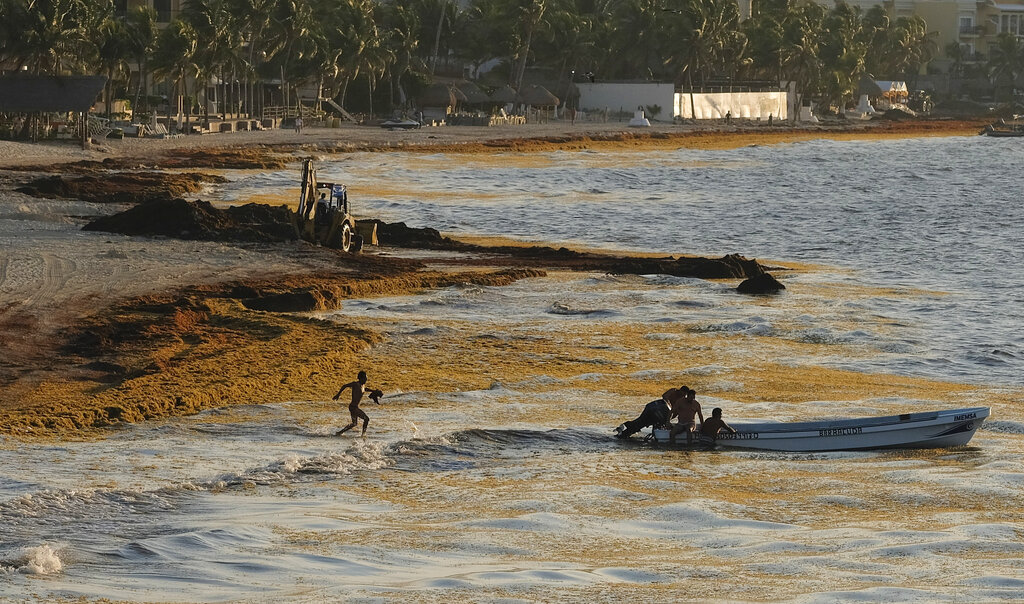 (In this May 8, 2019 file photo, sargassum seaweed fills the shore where fishermen push their boat to sea in Playa del Carmen, Mexico. Mexico has spent $17 million to remove over a half-million tons of sargassum seaweed from its Caribbean beaches, and the problem doesn’t seem likely to end any time soon. (AP Photo/Victor Ruiz, FIle )

Largest seaweed bloom in the world

Scientists have noted the Sargassum Sea, miles-long clump of seaweed in the Atlantic ocean, as the biggest seaweed bloom in the world.

According to a BBC report, the clump is visible from space and stretches 5, 500 miles from the Western coast of Africa to the Caribbean.

The formation is made up of over 20 million tonnes of biomass, according to a study published in Science Magazine.

Dr Chuanmin Hu of the University of South Florida College of Marine Science, who led the study, studied the sargassum from 2011 to 2018, with the exception of 2013, and said that the spread of the plant is likely due to climate change.

The study added that the inundation of sargassum seaweed along Caribbean coastlines may be the new norm.

According to an AP report, sargassum is also affecting areas such as Cancun, Mexico, Florida and other Caribbean islands.

Initial reports suggested the seaweed came from an area of the Atlantic off the northern coast of Brazil, near the mouth of the Amazon River. Increased nutrient flows from deforestation or fertilizer runoff could be feeding the algae bloom.

However it appears that other causes contribute, like nutrient flows from the Congo River.

Increased upwelling of nutrient-laden deeper ocean water in the tropical Atlantic and dust blowing in from Africa may also be playing a role, according to Johnson, a senior researcher at the University of Southern Mississippi Gulf Coast Research Laboratory.

While it sometimes appears sargassum mats float west into the Caribbean, experts say the seaweed actually appears to be sloshing back and forth between the Caribbean and Africa.

Sargassum is not just a problem for Mexico; it affects, to a greater or lesser degree, all the islands in the Caribbean.

"We are seeing a major impact on our countries, economically, socially," said June Soomer, the general secretary of the Association of Caribbean States, noting massive arrivals of seaweed "are now considered national emergencies" in some Caribbean counties like Barbados.