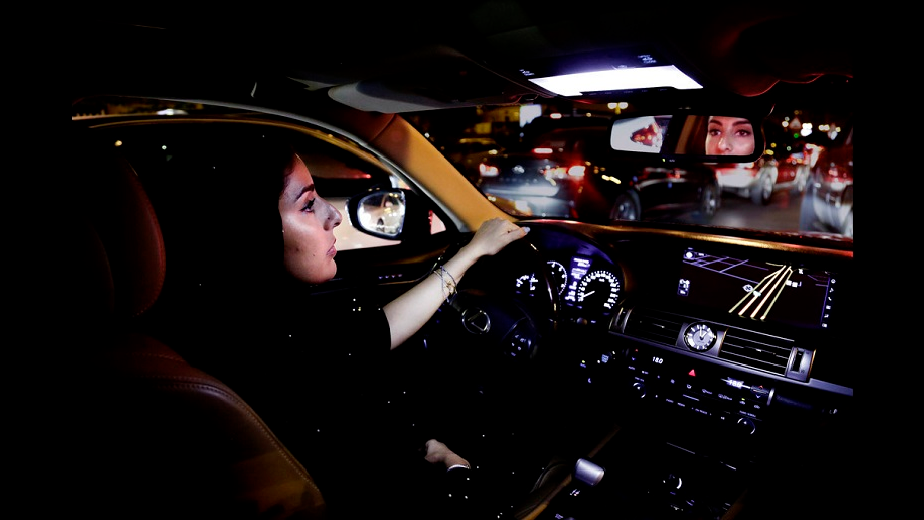 Hessah al-Ajaji drivers her car down the capital's busy Tahlia Street after midnight for the first time in Riyadh, Saudi Arabia, Sunday, June 24, 2018.

Saudi women are in the driver's seat for the first time in their country and steering their way through busy city streets just minutes after the world's last remaining ban on women driving was lifted on Sunday.

It's a euphoric and historic moment for women who have had to rely on their husbands, fathers, brothers and drivers to run basic errands, get to work, visit friends or even drop kids off at school.

The ban had relegated women to the backseat, restricting when and how they move around.

But after midnight Sunday, Saudi women finally joined women around the world in being able to get behind the wheel of a car and simply drive.

Al-Ajaji had a U.S. driver's license before obtaining a Saudi one and appeared comfortable at the wheel as she pulled up and parked. As for the male drivers on the road, "they were really supportive and cheering and smiling," she said.

In a few hours, she says she'll drive herself to work for the first time in Saudi Arabia.

For nearly three decades, outspoken Saudi women and the men who supported them had called for women to have the right to drive. They faced arrest for defying the ban as women in other Muslim countries drove freely.