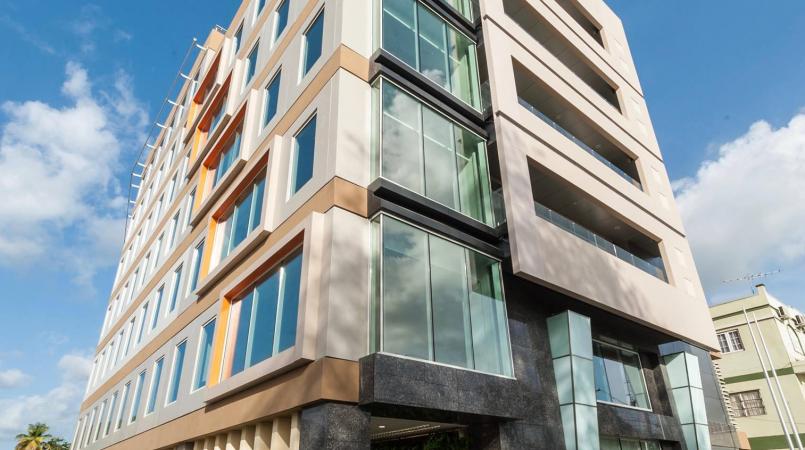 RGM’s flagship commercial property, Savannah East, secured its Leadership in Energy and Environmental Design (LEED) certification, making it the first ever ‘green’ building in the country. The company received its notice of LEED Silver certification on March 3, 2017.

In a release, RGM said LEED is the internationally recognised, independent verification that a building was designed, built and will operate in an environmentally responsible way.

"The LEED approach is the way of the future – no surprise then, that RGM, one of the most pioneering commercial developers in the region, chose to lead the way. Well-maintained LEED-certified buildings produce less waste, are more energy efficient (thereby cutting down utility costs), and boost productivity by creating better working environments," the release said.

"The certification also speaks to corporate responsibility: Savannah East generates much less waste and has a smaller impact on the surrounding community than a non-LEED building. RGM hopes that this example of sustainability will help to make environmentally conscious construction a priority, just as health and safety considerations are now the industry norm, and is committed to sustainable development and practices for its existing buildings, as well as future developments."

Savannah East is also the first building Certified under LEED-CS v2009 in the English-speaking Caribbean.

With tenants such as KPMG, CUNA, and China Railway already signed up, RGM is pleased with the market’s response to the new building.

As its name suggests, Savannah East is located on the eastern side of the Queen’s Park Savannah, and boasts several innovative eco-friendly features, including solar-powered lighting, rainwater capture for irrigation, insulated glass windows and a living wall.