The Housing Development Corporation (HDC) has again warned of fraudsters attempting to con applicants for Government- subsidised housing out of their hard-earned money.

The latest attempt comes as fake Instagram profiles purporting to be the HDC’s Managing Director Brent Lyons and Chairman Newman George were discovered. 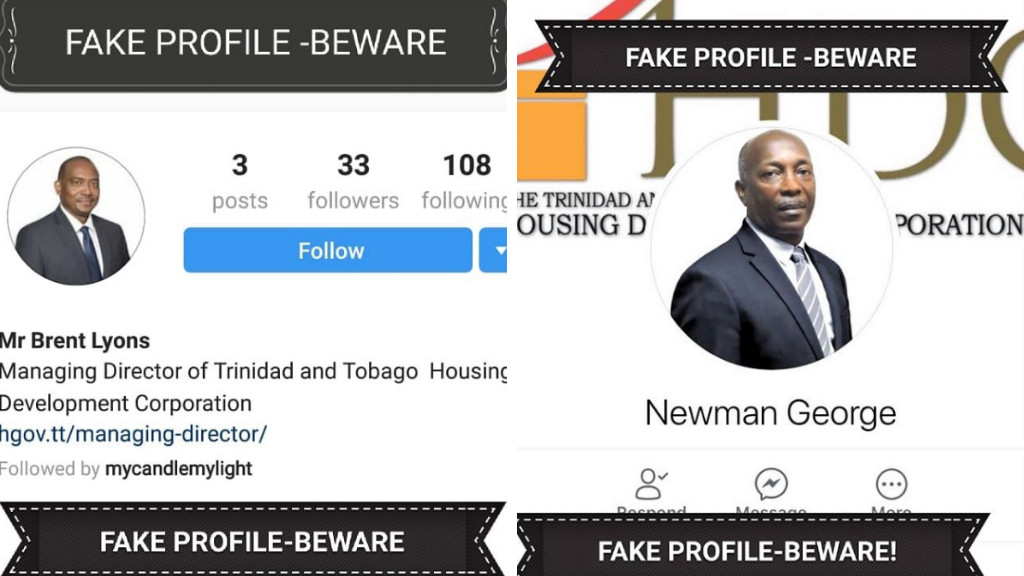 The HDC, which has had to warn citizens of several instances of trickery by impostors in recent times, said that these fraudsters are now using all sorts of methods to encourage persons to "pay" them for Government-subsidised housing.

The HDC advised that these officials will not engage citizens by sending friend requests, and as such, follow requests from these fake profiles should not be accepted.

Further, anyone who believes that they may have been a victim of any illegal or fraudulent activity in relation to housing is encouraged to report this incident to the Fraud Squad.

“Fraudsters and impersonators are going to many lengths to trick you into parting with your hard earned money. Don't be fooled! Remember, all payments related to new homes, can only be made at the Cashier located at the HDC's South Quay office in the full view of cameras,” the HDC said.

The Corporation recently launched a public education campaign with its main purpose ensuring that HDC applicants are protected from fraudsters.

The HDC even alerted the public by naming individuals posing as HDC employees.