Scanners still not in use at ports 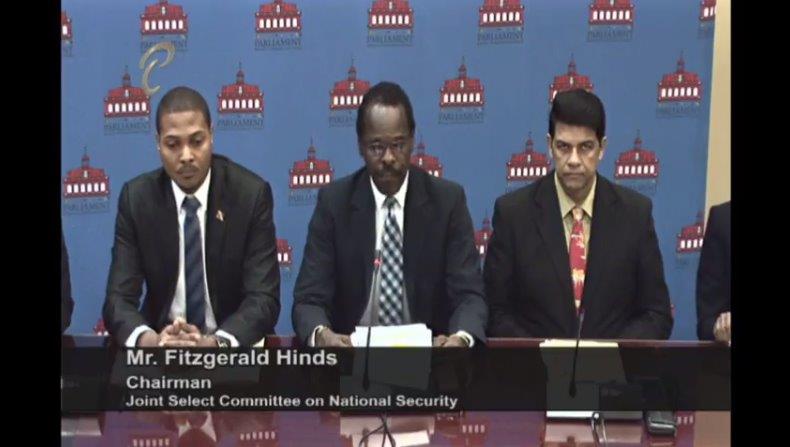 Fixed scanners are still not operational at the Ports of Port-of-Spain and Point Lisas despite having been commissioned in 2014.

Objections raised by the Public Services Association (PSA) over the health and safety of workers at the Ports have prevented its operationalisation, as all other unions have agreed to its implementation.

This was revealed at a media conference hosted by the Joint Select Committee on National Security on Monday, following its tours of the Ports last Friday.

The Committee expressed its deep concern over the non-operationalisation of the scanners, given the context of the country’s illegal gun trade, estimated at $100 million yearly.

“The most glaring (problem) of all in my view is that since 2005 discussions began among the relevant stakeholders for the implementation of modern technology in the form of scanners to scan containers and barrels and vehicles entering and leaving the Port of Port-of-Spain and Point Lisas.”

The scanners allow for visibility in steel containers, which would reduce the time needed to physically unload and check these containers.

Chairman Fitzgerald Hinds noted that this technology is already in use in ports regionally - in Jamaica and Barbados.

“There is one fixed scanner system already there (Port of Port-of-Spain) in place, we had the opportunity to see it – it is separate and apart from the operational room where the personnel operating it through the use of computers, would be seated and yet it continues to be unoperational (sic).

In addition to that fixed scanner, we procured four hand scanners. Two have been dispatched to the Point Lisas Port and two are in Port-of-Spain, and yet for all the citizens of this country are not now enjoying the benefits of the safety and security that its implementation could easily bring.”

The Seamen and Waterfront Workers’ Trade Union (SWWTU), the Haulers’ Association, and the Estate Police Association (EPA) have signed off on the MoU to deal with the health and safety concerns that were previously expressed.

A radiation expert, along with a nuclear physicist has already indicated that the scanners are safe to use.

Meanwhile, concerns were also raised over the lack of CCTV surveillance in critical areas of the Ports.

Senator Paul Richards said with more than 40 percent of containers not searched and a heavy reliance on people to scan containers and not technology, it was more than likely that guns were passing through the legal ports of entry.

Without proper video surveillance from the CARICOM jetty down to Movie Towne, Richards said: "there is great possibility for security and contraband smuggling breach possibilities."

He said there should be cameras to ensure the safety of vehicles entering and leaving the Ports.

Scanners to be operationalised at ports soon