A scary box office weekend for everyone but Tyler Perry 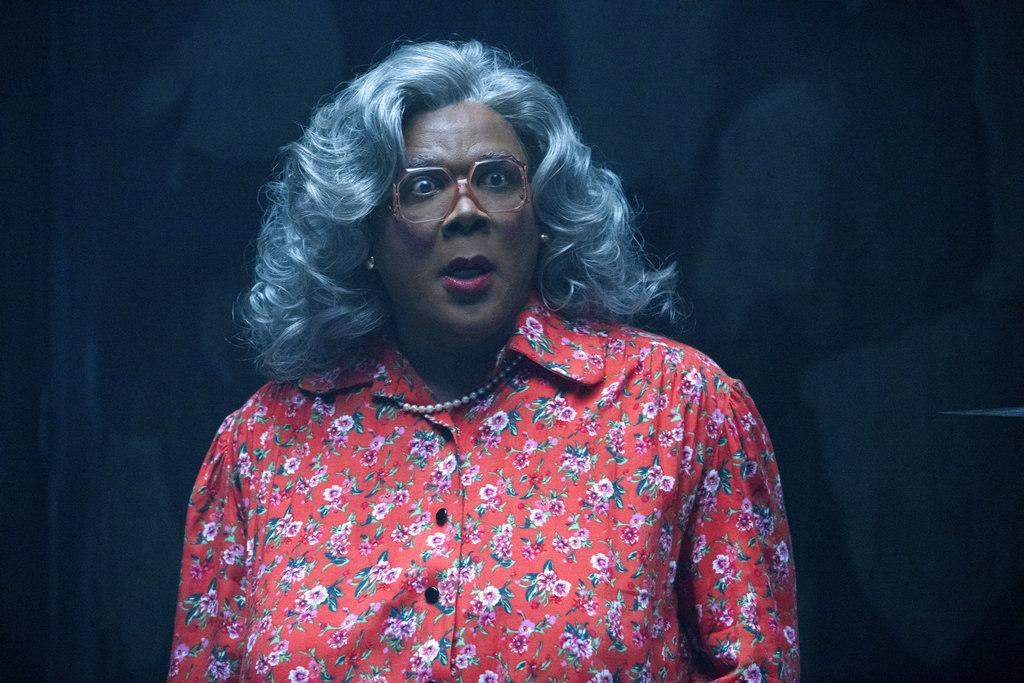 It was a spooky weekend at the box office for nearly everyone but Tyler Perry.

Perry's comedy sequel "Boo 2! A Madea Halloween" scared up a healthy $21.7 million in its first weekend in theaters, but the waters were rough for other new openers including the disaster epic "Geostorm," the firefighter drama "Only the Brave" and the crime thriller "The Snowman."

Made for a reported $25 million, Perry's film drew a mostly older and female audience, who gave it an A- CinemaScore. "Boo 2!" did a little less business than the first film, which opened to $28.5 million just last year.

"Given that it's a sequel, its performance is at the higher end of our expectations," said David Spitz, who heads up domestic distribution for Lionsgate.

The studio expects the film to hold well into next weekend due to increased interest because of Halloween, but it will also face some competition with the horror pic "Jigsaw."

But a slight drop for a sequel hardly compares to the catastrophe of "Geostorm," a long-delayed $120 million disaster epic starring Gerard Butler that only managed to open to $13.3 million from North American theaters.

A co-production between Skydance Media and Warner Bros. Pictures, "Geostorm" marks the directorial debut of "Independence Day" producer Dean Devlin. The film was shot back in late 2014 and lousy test screenings resulted in $15 million of reshoots, pushing back the release over a year and a half.

But the reshoots didn't seem to help the final product, which has been widely panned by critics and shunned overall by audiences. Those who did turn out gave it a B- CinemaScore.

Another possibly too-timely film, "Only the Brave," about the Granite Mountain Hotshots who took on the June 2013 Yarnell Hill Fire, also failed to attract sufficient audiences this weekend. The Sony film starring Josh Brolin, Jeff Bridges and Jennifer Connelly opened in fifth place with $6 million.

At $38 million, the production budget was more reasonable than "Geostorm," however.

But despite good reviews, it opened behind two holdovers — the horror pic "Happy Death Day" which landed in third place with $9.4 million and "Blade Runner 2049" which took in $7.2 million in its third weekend in theaters.

Universal and Working Title's "The Snowman," starring Michael Fassbender and based on the Jo Nesbo book, also failed to make a splash. The critically derided pic debuted in eighth place with $3.4 million from 1,812 theaters.

The director, Thomas Alfredson has been widely acknowledging the film's shortcomings and confusing plot in the press, saying that they did not have time to shoot the entire script. Audiences gave it a deathly D CinemaScore.

Things looked a little brighter for the limited releases this weekend. Both playing in four theaters, the Colin Farrell and Nicole Kidman film "The Killing of a Sacred Deer," took in $114,585 and "Wonderstruck," starring Julianne Moore," earned $68,762.

"As great as September was, October has been really scary," said Paul Dergarabedian, the senior media analyst for comScore.

Theatrical exhibitors and studio distribution heads are gathering in Miami Beach, Florida this week for the ShowEast Film Expo to discuss the state of movie going and it couldn't come at a better time, when old truisms about what works and what doesn't work at the box office are being challenged weekly.

Dergarabedian said even releasing a quality film isn't a sure path to success anymore.

"Even well-reviewed movies like 'American Made,' 'Only the Brave' and 'Blade Runner 2049' are having trouble gaining traction," Dergarabedian said.

The industry will be looking to the big event films, like "Thor: Ragnarok," out Nov. 3, "Justice League" and "Star Wars: The Last Jedi" to get the year back to even.

"Trying to figure out audiences and what they want is the key to the future. Audiences are voting with their presence or absence at the movie theater," Dergarabedian said. "They're staying away now, but that might change in two weeks."

Estimated ticket sales for Friday through Sunday at international theaters (excluding the U.S. and Canada), according to comScore: