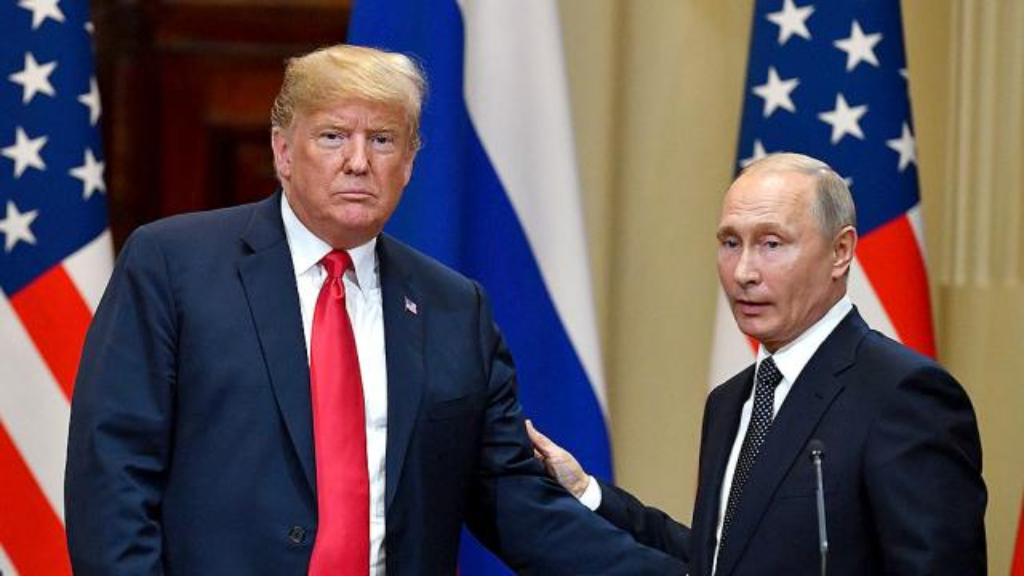 In a video posted to his Twitter page Monday (16 JULY 2018), Schwarzenegger took aim at Trump following the president's joint press conference with Russian President Vladimir Putin earlier in the day.

"President Trump, I just saw your press conference with President Putin and it was embarrassing," says the Austrian actor.  "I mean, you stood there like a little wet noodle, like a little fan boy.  I mean, I was asking myself when you are going to ask him for an autograph or a selfie or something like that."

Trump faced withering bipartisan criticism over his refusal to publicly acknowledge Russian election meddling during his meeting with Putin, and Schwarzenegger was also unhappy with the U.S. president's performance.

"I mean you literally sold out at this press conference our intelligence community, our justice system and, worst of all, our country.  You are the president of the United States, you shouldn't do that.  What's the matter with you?"

In his video post, Schwarzenegger also referenced a previous meeting between American and Russian heads of state.

"Whatever happened to the strong words and the strength of Ronald Reagan when he stood there at the Berlin Wall and said 'Mr. Gorbachev, tear down this wall'?  What happened to all that?"

Trump met with Putin for three hours Monday before participating in the joint press conference in which Trump did not contest the Russian leader's election meddling denials.

Previously, Schwarzenegger criticized Trump for his response to the violence in Charlottesville in August 2018.