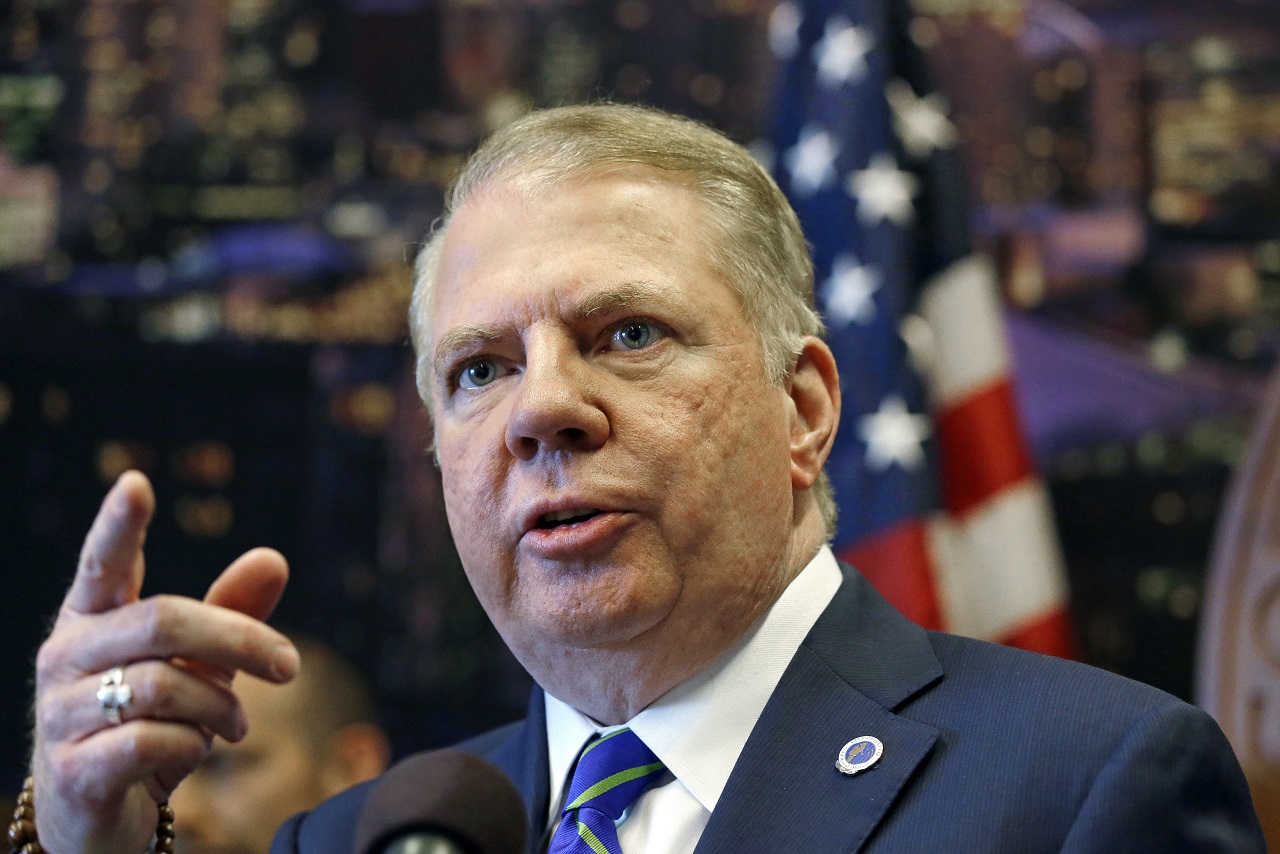 - This June 14, 2017 file photo Seattle Mayor Ed Murray takes a question at a news conference at City Hall in Seattle. Murray announced his resignation, Tuesday, Sept. 12 after a fifth man came forward and accused him of sexual abuse decades ago.

Seattle Mayor Ed Murray announced his resignation Tuesday after a fifth man — one of his cousins — came forward and accused him of sexual abuse decades ago.

Murray, who had already announced that he would not seek a second term even as he denied the claims, said he would step down effective 5 p.m. Wednesday

The Democrat said in a statement had "become clear to me that in light of the latest news reports it is best for the city if I step aside."

Murray made the announcement after the Seattle Times reported on the allegations by the mayor's first cousin once removed, Joseph Dyer.

"To the people of this special city and to my dedicated staff, I am sorry for this painful situation," Murray said.

Four men had previously accused Murray of sexually abusing them.

Dyer told the newspaper he was 13 and that Murray was in his early 20s when Murray came to live with Dyer's family in Medford, New York, in 1975. The two shared a bedroom, and Murray repeatedly molested him over the course of a year, Dyer said.

"There would be times when I would fake sleeping because I didn't want him touching me," Dyer said.

Murray denied abusing Dyer and blamed the allegation on resentment between their families.

Before being elected mayor in 2013, Murray, 62, was a long-time state lawmaker who led the campaign to legalize same-sex marriage in Washington state. As mayor he pushed to raise the city's minimum hourly wage to $15.

Murray grew up in working class neighborhoods in and around Seattle as one of seven children in an Irish Catholic family and became one of the state's most prominent political figures.

As a young man, he considered joining the priesthood and spent a year at a seminary in 1976 before studying sociology at the University of Portland, a private Catholic institution.

Murray ended up working as a paralegal with public defender lawyers in Portland before returning to Seattle and joining the vanguard of the gay rights movement in the 1980s, serving as campaign manager for Cal Anderson, a Seattle state senator who was the state's first openly gay member.

Anderson, Murray's mentor, died in 1995. Murray failed in his bid to win Anderson's seat, but he was appointed to fill the legislative seat of the state representative who won the state senate campaign.

During his 18 years as a state lawmaker, Murray was the prime sponsor of Washington's gay marriage law, spearheaded an effort to protect LGBTQ youth in public schools and led the state's push to ban discrimination based on sexual orientation.

The 2013 mayoral race was a bruising campaign that focused on whether Murray would be more liberal and effective than incumbent Mike McGinn, a fellow Democrat.

Murray kept his promise about the minimum wage increase. The higher minimum wage was phased in over time. Murray also recently fought to boost funding to address Seattle's homelessness crisis.

After Trump was elected last fall, Murray became a frequent critic. He announced that Seattle was suing over Trump's executive order that threatens to withhold federal funds from communities that refuse to cooperate with efforts to find and deport immigrants in the country illegally.