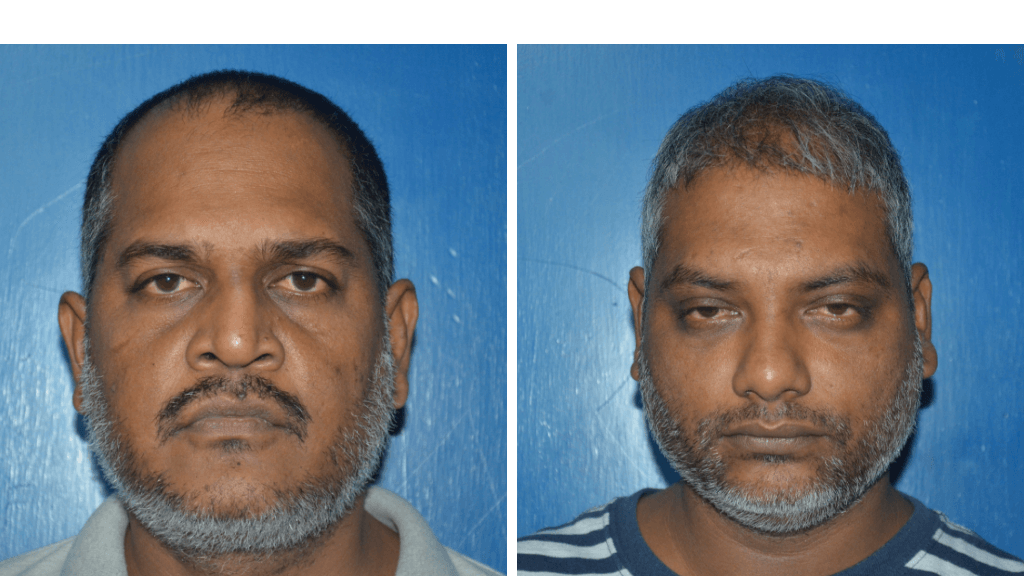 Police Constable Ian Dwarika and building contractor Shain Steven have been denied the September 6, 2018 kidnapping for ransom of Natalie Pollonais. Photos via the Trinidad and Tobago Police Service (TTPS).

Two men, including a Police Constable last attached to the La Romain Police Post, accused of kidnapping Natalie Pollonais on September 6 have been denied bail.

Steven faced an additional charge for demanding a ransom.

Pollonais, 45, was kidnapped on September 6, 2018, shortly after leaving the C3 Centre, San Fernando, and a ransom demand subsequently made to her family by the kidnappers.

The incident was reported to the police, and a massive intelligence driven operation was immediately mounted under the guidance of Police Commissioner Gary Griffith.

Pollonais was rescued from her captors in a white Nissan AD Wagon, which was proceeding along the westbound lane of the Churchill Roosevelt Highway, near the Courts Mega Store, by a team of officers around 7 pm on September 10, 2018.

Two other suspects were subsequently held at the La Romain Police Post around 7:40 pm the same night, while a fourth suspect, subsequently surrendered to police two days later.

PC Shaundelle Euin and Gregory James, who were previously charged in connection with the incident, appeared in court on Tuesday, and were also denied bail.

Dwarika and Steven were charged by ASP (Ag.) Peter Ramdeen, of the Southern Division, on Thursday, following advice received from Director of Public Prosecutions, Roger Gaspard, on Monday.