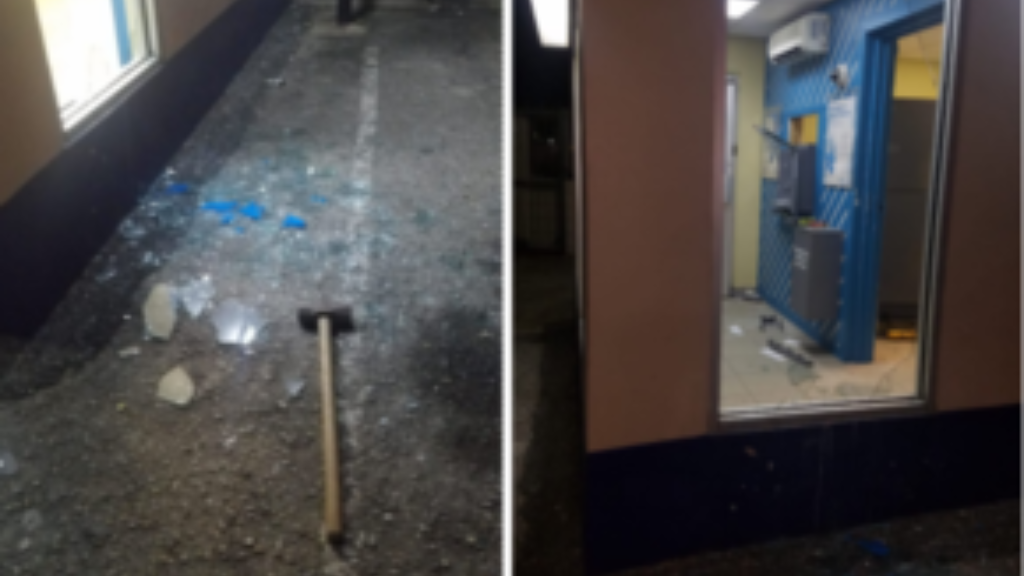 Western Division police are investigating a report of an attempted robbery at the Automated Teller Machine (ATM) at the Coral Cove, Chaguaramas, Wednesday morning.

The incident was said to have taken place around 2:30 am.

According to initial reports, security guards on the area were notified that something was amiss when they heard the alarm at the facility go off.

Upon investigating, they found a group of men near the ATM machine.

The glass had been broken and a sledgehammer was on the floor a short distance away from the men.

The group was confronted and there was said to be an exchange in gunfire, during which the assailants escaped.

No money was said to have been removed from the ATM.

Armed robbers make off with $200K worth of jewellery