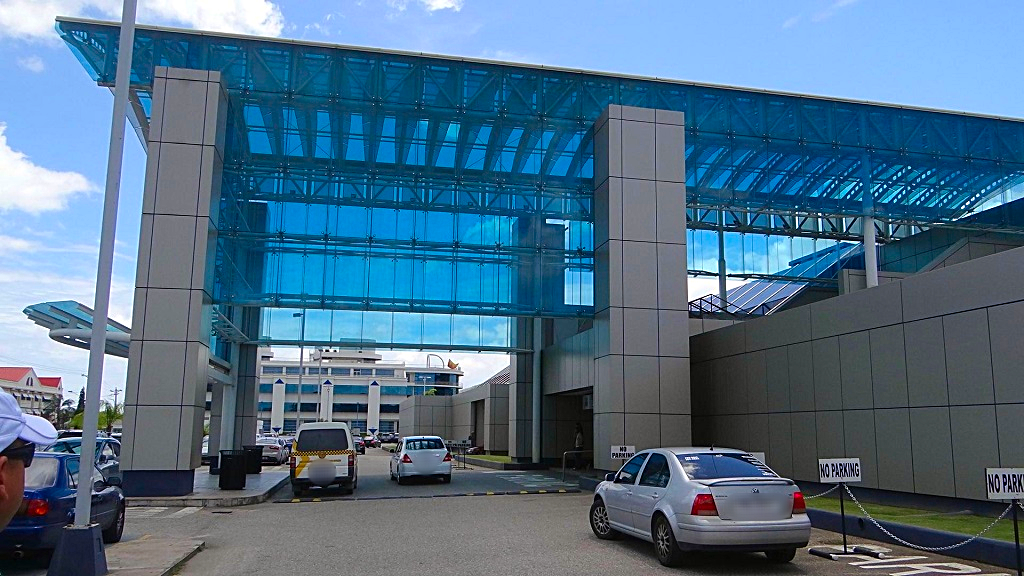 A security officer who was conducting routine patrols at West Mall may have prevented a robbery on Monday morning.

Police said that the 22-year-old  security officer from Egret’s  Security was on patrol on the eastern entrance of the mall around 3:00 am on Monday when he heard a loud noise.

Upon investigating, he saw three men at the eastern side entrance and raised an alarm then called for back-up.

The men, on seeing the security guard, fled into a white Nissan Almera which was waiting nearby.

The police were notified and officers from the Western Division police responded.