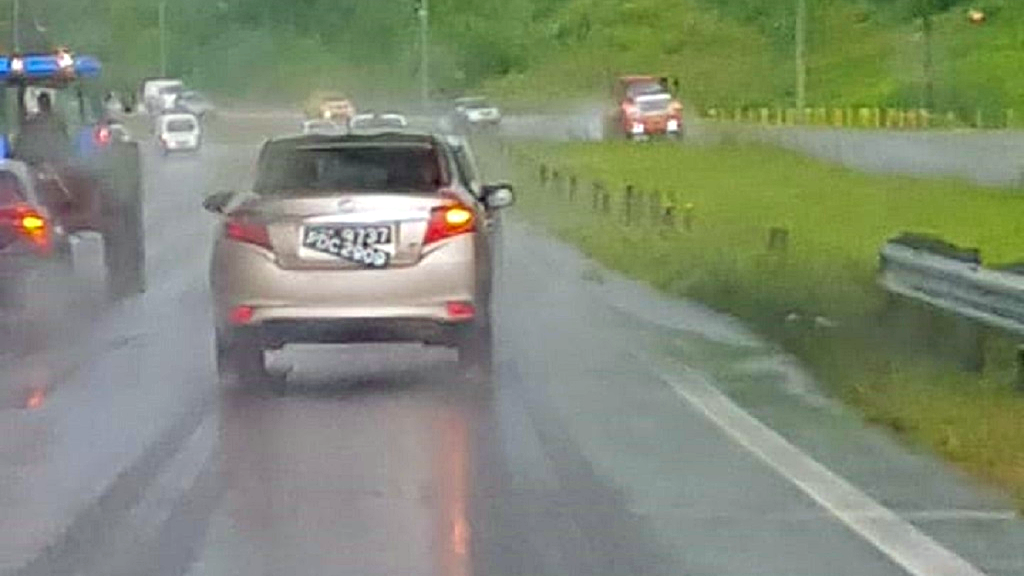 Photo: A photo of double license plates on one vehicle was spotted on a highway in Trinidad. The TTPS is urging citizens to report any instances of this they see on the roadways.

One photo making the rounds on social media has raised concerns, and the police service is asking citizens who spot similar situations to report the matter to them.

The viral photo showed a car which appeared to have two license plates with different numbers, one of which was falling off.

The specific roadway on which the car was spotted was not known.

However, the Trinidad and Tobago Police Service (TTPS) said if any citizen sees this to report the matter with as many identifying details as possible immediately.

Public Affairs Officer, ASP Michael Jackman said citizens should note the car's make and model as well as any other distinguishing factors.

"In those circumstances, individuals should take careful note of both registration plate letters and numbers, full description of vehicle (make, model, colour and any distinguishing features such as stickers etc.) and should contact the police via emergency numbers such as 999,555, 800-tips or the district police station within which the vehicle is seen."

"The road on which the vehicle is travelling and the direction it's proceeding in would assist greatly when an APB goes out," Jackman said.