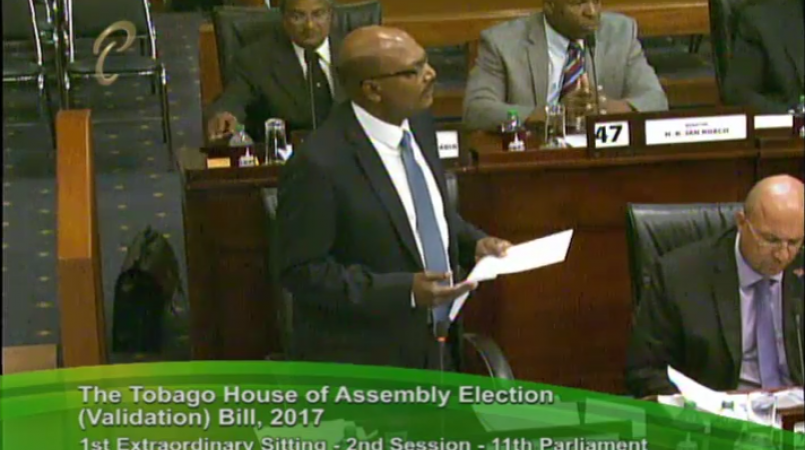 Moves are being made by the government to remove President Anthony Carmona from office before the end of his term.

This is according to Opposition Senator Wade Mark, who made the allegation during a Senate sitting on Saturday.

Noting that blame was being placed on Carmona for the errors made in the scheduling of the THA elections, Mark said both Prime Minister Dr Keith Rowley and Attorney General Faris Al Rawi were to be held responsible.

He said he believed there was a conspiracy to remove Carmona as President and he would be filing a motion to deal with the issue.

“I will bring a motion at the appropriate time to expose this government as it relates to an orchestrated attempt to destabilise, discredit and remove the President of this country before his term is up in March, 2018.”

Mark’s comments were objected to and he was advised by Senate President Christine Kangaloo that the matter would be heard when he brought the motion.

The Bill was eventually passed in the Senate with 28 for, one against, and no abstentions.