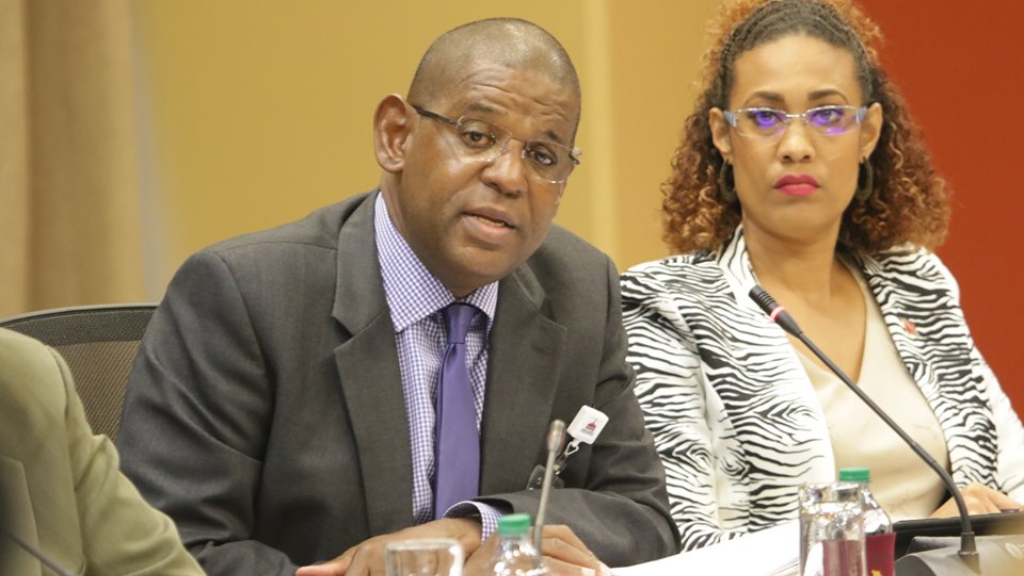 Garvin Simonette, a member of the JSC on the Miscellaneous Provisions (Local Government Reform) Bill, 2019 directs a question to the panel of officials. © 2019 Office of the Parliament.

Garvin Simonette is out as Public Administration Minister.

Simonette, who was due to replace corruption-accused Port of Spain South MP Marlene McDonald, had his swearing-in ceremony on Monday postponed, due to “new information”.

Prime Minister Dr Keith Rowley has since assumed the Public Administration portfolio in light of the latest development, and until new arrangements are announced.

The last-minute postponement of the ceremony followed the resurfacing of an old arrest record for a driving under the influence charge Simonette picked up in the United States in 2014.

According to public records from the Brevard County Sheriff’s Office, Simonette committed the misdemeanor offence on August 10, 2014.

He was slapped with a driving under the influence charge a day later by the Cocoa Beach Police Department, and released on a US$1000 bond the day after.

He appeared before Judge Michelle Baker to answer the charge.

Simonette was appointed a Government Senator on September 28, 2018.

He currently practices as a commercial lawyer.