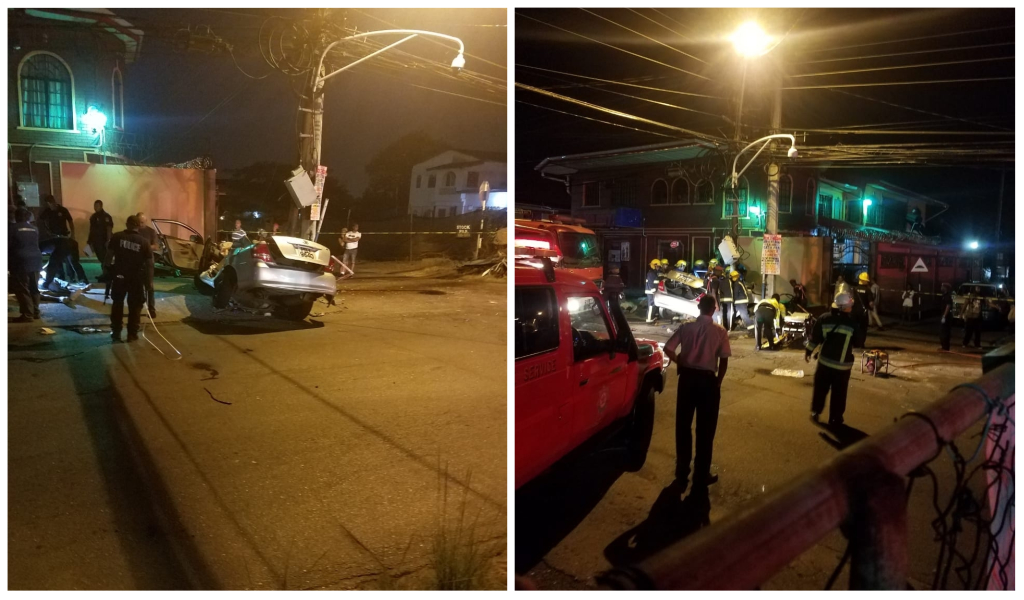 Motorists are being warned to take all safety precautions when traversing the nation’s roadway.

Highlighting that seven people have died in road traffic accidents over a four day period from February 14 to 17, Batson stressed that all of the deaths could have been avoided.

“The common theme in all these deadly RTAs is their highly preventable nature; if a driver was wearing his seatbelt, if a driver had obeyed a red traffic signal and stopped their vehicle instead of trying to speed up on an amber light, if a driver had obeyed the posted roadway speed limit of 50 kilometres per hour, if a pedestrian had not attempted to cross a highway where vehicles travel at a speed of 100 kilometres per hour, these persons may still be alive. These tragedies are exactly what we as public safety officers aim to prevent.”

Batson was referring specifically to the following incidents: Around 12:30 am on February 14, 67-year-old Jessica Martin of St Lucien Road, Diego Martin, was killed when the vehicle in which she was a passenger, was struck by a vehicle whose driver broke a red light at the intersection of Sierra Leone Road and the Diego Martin Highway. The following day, 60-year-old, Michael Henry, a pensioner, of Wallerfield Road, Arima, was killed when he was fatally struck by a motor vehicle while attempting to cross the Churchill-Roosevelt Highway. The next day, 26-year-old fire officer Kerwin Duncan and 29-year-old Dwayne Dick, both of Edinburgh 500, Chaguanas, 33-year-old Deon Burkette of Chase Village and 40- year-old Rae Cipeo of Carlsen Field, all died when the vehicle in which they were travelling slammed into a utility pole in the Longdenville district. Then, on 17, in Tobago, 63-year-old Wayne Slater of Mount St George, was killed after he lost control of the vehicle he was driving and crashed into the concrete median at the Auchenskeoch roundabout. He died at the scene.

The TTPS Road Safety Coordinator said these seven deaths which occurred over the weekend, have catapulted the road death figure in Trinidad and Tobago to 21 for 2019, compared to nine for the corresponding period in 2018. This represents an increase in road deaths by 133%, comprising of six drivers, 10 passengers and five pedestrians.

“It is the first time we have seen passengers being the largest category of road deaths, accounting for 48% of fatalities,” Batson said.

Batson also chided members of the public who feel disconnected when they are not directly involved in road traffic accidents, fatal or otherwise.

In an attempt to offer a wakeup call, Batson said all drivers are responsible.

While it occurs across the globe, Trinidad and Tobago has its fair share of drivers who break the law as they break red lights, drink before getting behind the wheel and speed.

The TTPS Road Safety Coordinator raised concern about this issue.

“Just imagine on Friday last, another officer and I had to stop and ticket a driver who ran a red light while talking on his cell phone in front of the police vehicle. This even after two persons were killed in the recent truck and bus collision. How many tickets do we have to write for drivers to understand the critical need to drive motor vehicles in a safe and responsible manner?”

Already for 2019, 4,064 fixed penalty notices were issued to drivers for exceeding speed limits and 361 drivers were arrested and charged for Driving Under the Influence (DUI) offences by Highway Patrol and Divisional Traffic Teams.

Just over the weekend, Batson said Highway Patrol officers arrested a driver with a reading of 167, which is almost five times over the legal limit of 35 and a check of the records uncovered that this was his second offence.

“Who knows how many lives officers may have saved with that arrest? We need the support of all road users to exercise safe and responsible road use.”

Road exercises to ramp up over Carnival

With 11 days to go before Carnival 2019, Batson assures that traffic and highway patrol officers will be out in their numbers in an attempt to prevent injury or harm to law-abiding motorists and pedestrians.

“As part of the TTPS road safety operations, there will be roving DUI teams from the Highway Patrol Units, as well as in the Port of Spain and Western Divisions, with certified breath alcohol technicians ready to test drivers on the spot where possible impairment is suspected. So please designate your driver, call a friend or utilize taxi or rideshare services. Remember to try and park in well-lit areas and try to move in groups, including escorting female companions to their vehicles after events. Please try to park in officially designated car park areas where security personnel are present and report suspicious activity to the police. Again we are putting the country on notice of increased road policing activity, so please exercise patience and ensure all your driving documents are valid.”

He also warned feters to be mindful of partying and heading straight to work as this is a recipe for disaster.

“We are aware some persons are partying into the early hours of the morning and then driving to work with as little as three to four hours sleep. These situations result in a sleep deprivation condition which severely impairs a driver’s physical and cognitive functions, negatively affecting judgment, decision making and reaction times. We are therefore appealing to drivers to pay attention to how tired they may be feeling and if they believe they are too tired to continue their journey. Stop in a safe location and take a 15-minute nap. A safe location can be a mall car park, gas station or even at a police station. If the latter, please inform the officers in the charge room of the situation first. Please also consider staying at a friend’s place or a guest house, instead of trying to drive long distances. Passengers should always try to stay awake with their drivers, as sleep can be contagious in a vehicle.”

And if you think getting arrested for breaking the law while driving will be an easy feat, Batson warns drivers to think again.

He advised that any person arrested during Carnival celebrations will have to wait until Ash Wednesday for the courts to be opened in order to be heard before a magistrate.

“Drivers should also heed the recent communication from the Judiciary indicating that the Magistrates’ Courts will not be operating on Carnival Monday and Tuesday. This means if you are arrested over the Carnival period for a DUI, there is the possibility of staying in the police holding cells until Ash Wednesday. We also wish to remind drivers of the dangers of fatigued or tired driving. Two of the major fatal incidents suggested the possibility that the drivers fell asleep at the wheel. In traffic safety, tired drivers are considered even more dangerous than drunk drivers, as it results in total loss of vehicle control.”