Seven men, one woman held for cockfighting in Gasparillo 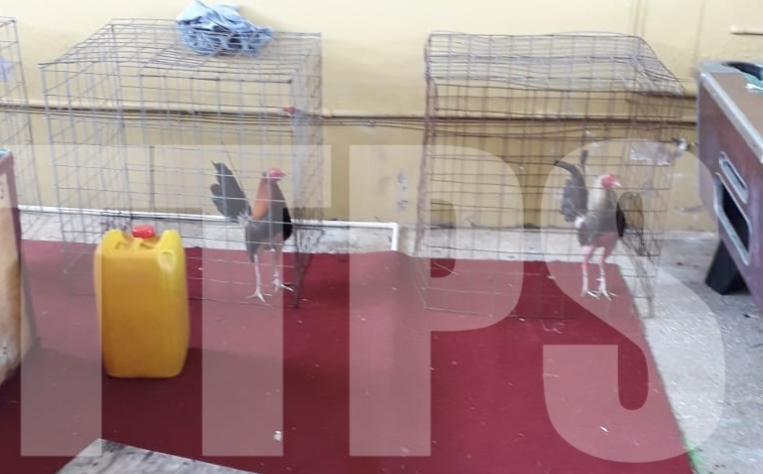 Seven men and one woman were arrested for participating in cockfighting at Soodeen Trace, Gasparillo, earlier today.

Based on information received from an informant, Senior Supt Wayne Mohammed, Head of the Southern Division, coordinated and led a team of police officers to Soodeen Trace.

Police arrived at the rented premises, with high walls and gates, around 11:50am. People who were on the premises, attempted to escape, but they were all arrested by the police.

The suspects, including the owner of the premises, range in ages between 31 and 45 years. The suspects live in Chaguanas, Princes Town, Cunupia, Talparo, and Gasparillo. Investigators found and seized numerous game cocks, which were being prepared for fighting, as well as the Gayelle.

The eight suspects were taken to the Gasparillo Police Station for further questioning.