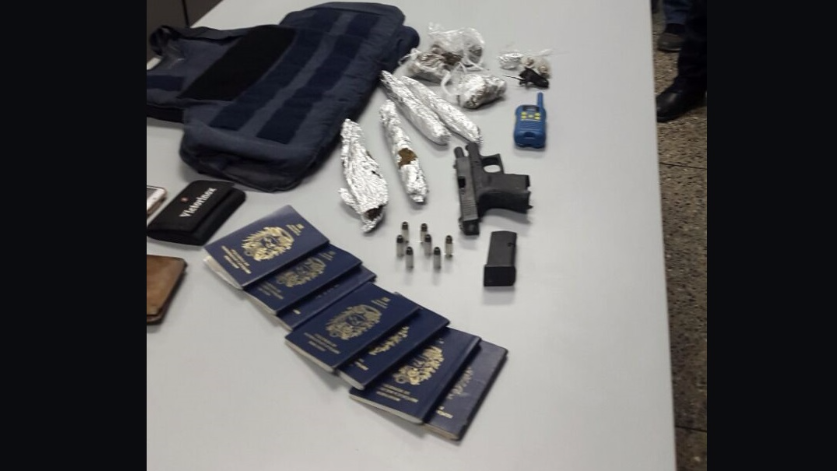 Nine persons are currently in police custody following a police exercise on Tuesday by officers of the Northern Division.

According to reports, at about 5:25 pm on Tuesday members of the Northern Division Task Force East and Arima  CID, under the supervision of Snr Sup Jacob, with assistance from ASP Hospedales, Sgt Thomas, Sgt Haywood, and PC Andrews among several others, made their way to Madras Road, Cunupia.

The officers, acting on information received, executed a search warrant at the home in the presence of nine persons including seven Venezuelan nationals.

The house was searched and the officers allegedly found and seized one Glock pistol with seven rounds of .40mm calibre ammunition, a quantity of marijuana and one police-issued bulletproof vest.

All nine persons were detained as a result.

PC Andrews is said to be continuing inquiries.