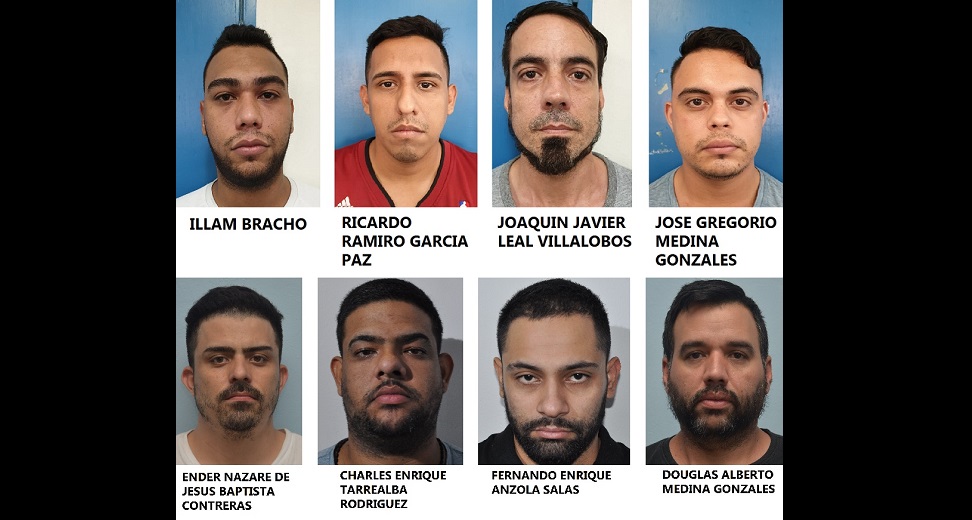 Eight men including seven Venezuelans who were arrested by Fraud Squad officers in connection with a card-skimming ring in the Northern Division have appeared before a Magistrate on Friday.

The men appeared in the Tunapuna Magistrates’ Court on September 23, 2019.

Under the supervision of Snr Supt Deosaran, officers of the Fraud Squad’s ABM Task Force executed a comprehensive and strategic physical search of a three-bedroom apartment along Bedassie Street, St Augustine South, at 9.30 pm on September 17, 2019.
The search resulted in officers discovering:

The accused were at the apartment at the time of the search. They were arrested and jointly charged with trafficking counterfeit cards, possession of card-making equipment and possession of marijuana by acting Cpl Trim of the Fraud Squad, on September 20, 2019.