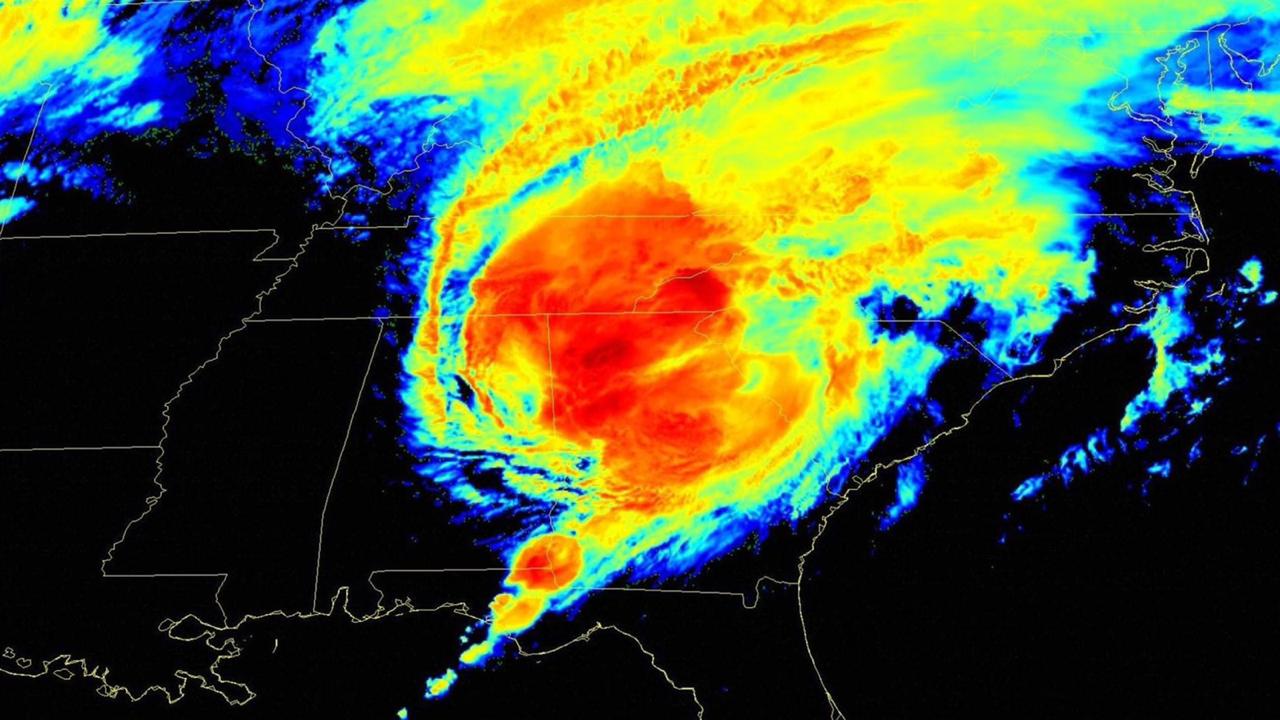 A Tropical Storm Warning is in effect for Navarre to the Walton/Bay County Line, Florida as TS Zeta continues to cause damaging gusty winds across parts of the United States.

Tropical storm conditions are expected to continue there for a few more hours.

The Storm Surge Warning has been discontinued. Water levels along the Central Gulf Coast will gradually subside throughout the day.

A few tornadoes could occur this morning from parts of the Florida Panhandle across southeastern Alabama and Georgia.

A tornado or two is possible later today over the Carolinas and southern Virginia.

Damaging winds, especially in gusts, are spreading well inland across portions of central and northern Alabama, and northern Georgia and these winds will shift into eastern Tennessee, the Carolinas, and southeastern Virginia later today. Wind gusts could be especially severe across the southern Appalachian Mountains.

At 4am CDT, the centre of Tropical Storm Zeta was centred inland over Georgia about 65 miles (105 km) southwest of Atlanta.

On the forecast track, the centre of Zeta will move across portions of the southeastern US this morning, across the Mid-Atlantic states this afternoon, and emerge over the western Atlantic by tonight.

Maximum sustained winds are near 60 mph (95 km/h) with higher gusts. Tropical-storm-force winds extend outward up to 175 miles (280 km) from the centre.

Zeta is expected to become a non-tropical gale-force low later today. The low should become absorbed by a frontal system over the western Atlantic by Friday night.

Areas of heavy rainfall, both in advance of Zeta and along the track of Zeta, will impact areas from the central Appalachians, Mid-Atlantic and lower to middle Ohio Valley through Thursday.

Rainfall totals of one to three inches are expected across these areas, resulting in possible flash, urban, small stream, and isolated minor river flooding.