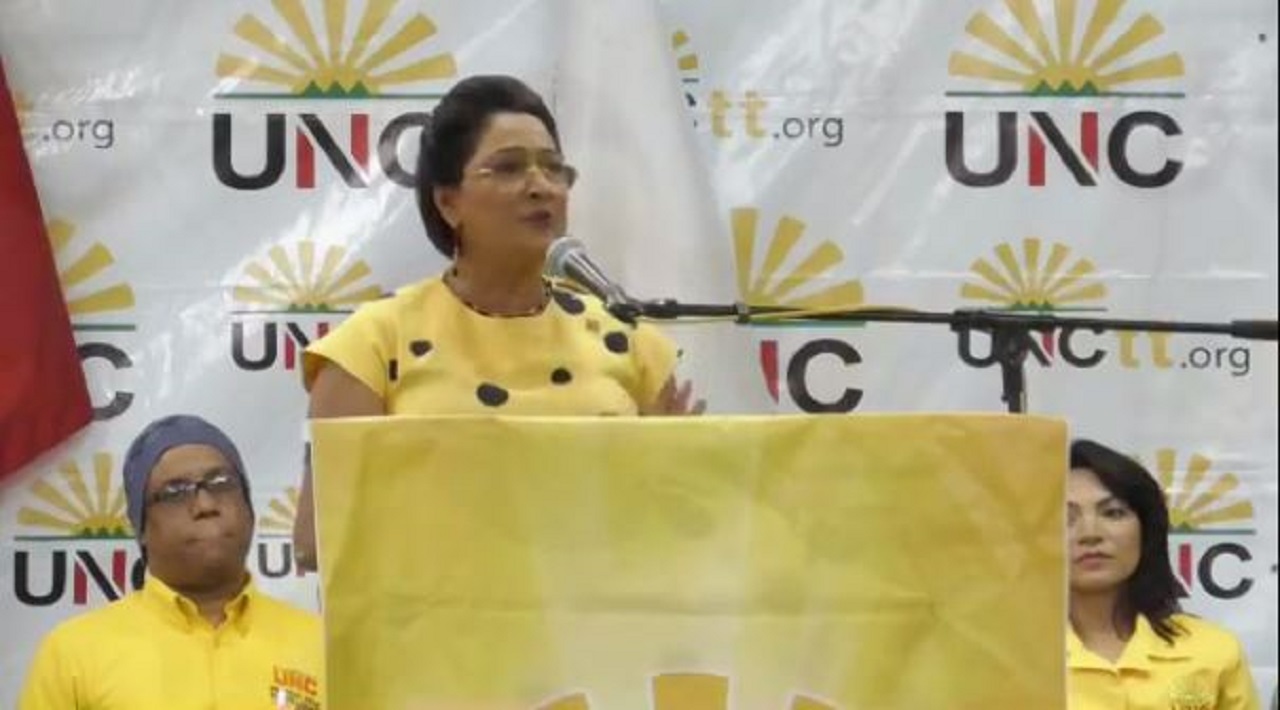 Persad Bissessar was speaking at the UNC’s Monday Night Forum in Barataria on Monday night.

She expressed shock on hearing of the decision to make the appointments.

“After the fiasco that has just happened with the JLSC now under the court for being wrongfully constituted, the composition and the members sitting on the JLSC which is the one who recommends judges for appointment, the fiasco that we just witnessed that has brought the judiciary into odium and disrepute, you going to recommend two more judges to be sworn in tomorrow? Shameless! That is totally shameless and untenable. That is a slap in the face of the people of our country.”

The Opposition leader called on the Chief Justice and the JLSC which he chairs, to put the country’s needs before self and resign.

“The time comes when the greater good, the greater benefit for the welfare of the justice system and the welfare of the people of Trinidad and Tobago, those outweigh any disadvantages that will accrue to the CJ on a personal level. The public good must also always, always, always outweigh the personal good and the personal interest.  And so, to put the administration of justice first, to put the rule of law first, to put our people firt to do the right thing, they should resign with grace and dignity and allow the country and the judiciary to heal on this very very important issue.”

The Opposition Leader also called on Acting Commissioner of Police Stephen Williams to launch an investigation into whether there has been a ‘cover up’ into what she coined the ‘Armygate.’

She was referring to the investigation into how Attorney General Faris Al-Rawi’s children were photographed holding high-powered weapons while at the Trinidad and Tobago Defence Force’s Cumoto Facility in 2016.

“Today, the Armygate will be opened by this opposition and we will not rest until all is revealed in this matter and those responsible for this cover-up will face the full force of the law.

I call upon the Commissioner of Police to forthwith commence an immediate criminal investigation in those persons who are responsible for the conduct of this board of inquiry. It is clear there are persons who committed criminal acts to protect the AG and this Gov’t and so they must account for their actions

In addition, I call upon the Minister of National Security to immediately release the Board of Inquiry report into this matter so that the nation can see whether there was a cover-up and the extent of that cover up.”

Persad-Bissessar said failure to hold persons accountable for sweeping this issue under the rug is likely to destroy the credibility of the Defense Force.

The Siparia MP says the Rowley led Government is the most “wicked” and “corrupt” regime ever to hold the reins of power in Trinidad and Tobago.

She also accused the Government of using the Marriage Bill as a method to distract the public from the “wickedness” undertaken by the regime.

Persad-Bissessar said this must not be allowed to continue as she sought to defend the UNC's position on the Bill.

“They want to divide us along race and religion. I do not agree with children getting married eh, but they painted this marriage bill as though it was about little children and about very old pedophile men and so on. It’s not about that and that is not what we stand for.”

She told gatherers that the Government is collapsing and urged her followers to assist her in her effort to “undo” what the regime has done.

She also criticised Finance Minister Colm Imbert and sought to present him with a trophy for acting in various positions almost 40 times in his almost two years in office. 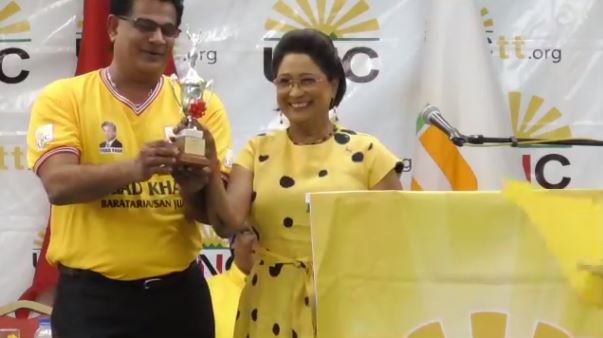 “This gentleman in 20 months of Government, he has acted 36 times in the 20 months. So to Mr Taxbert, the greatest actor ever, we give him this Oscar award. He has acted 36 times which is a marathon in itself but I think I’ll keep the trophy. He didn’t act well at all he just did it many, many times.”

Dr Tewarie calls for marriage with consent for 16-year-olds