Shenseea trips and Nailah Blackman tries to catch her amidst laughter 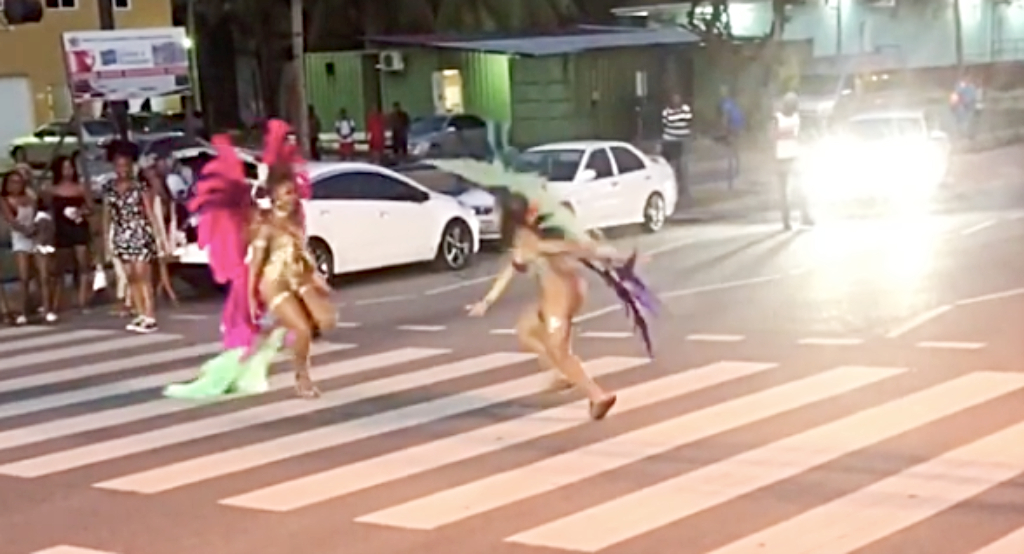 Nailah and Shenseea are ready for Carnival.

Chinsea 'Shenseea' Lee is one celebrity who can laugh at herself.

Check out her Instagram and there is no shortage of laughter and hilarious moments, usually at her own expense. Most recently, she burst out laughing when she tripped over her own foot while on the set for an upcoming music video.

The duo that graced the world with 'Baddish' - Shenseea and Nailah Blackman, is back together again for 'We Ready (Champion Gyal)'.

In the music video, the Trinidadian soca artiste Nailah and Jamaican dancehall artiste Shenseea are wearing Carnival costumes with full feathered backpacks and they are walking stylishly towards each other across a street on a pedestrian crosswalk, when it happens.

In the short video clip on Shenseea's IG, Nailah in her high heels stretches out her arms to try and catch a stumbling Shenseea who somehow manages to trip in her flats. But Shenseea rights herself in time as they slightly embrace each other and the sound of loud laughter erupts from not only Shenseea and Nailah but the other persons on set as well. However, Shen laughs loudest for sure!

And the infectious laughter spilled over to her followers on Instagram when she shared her funny mishap with the caption, 'EPIC BBC FAIL‼️ 😭😭😭😭 #onset #ready_championgyal#trinidad_jamaican'

In the comments, Spice replied:

And Ce'Cile added, " *plenty laughing emojis* this Why mi love you... if a laugh a dead"

Meanwhile, Nailah commented saying, "Girlll check meh trying to save yuh life". This got 446 likes. Then ShenYeng replied, "i told u! Stretching out to catch me *laughing emoji*"