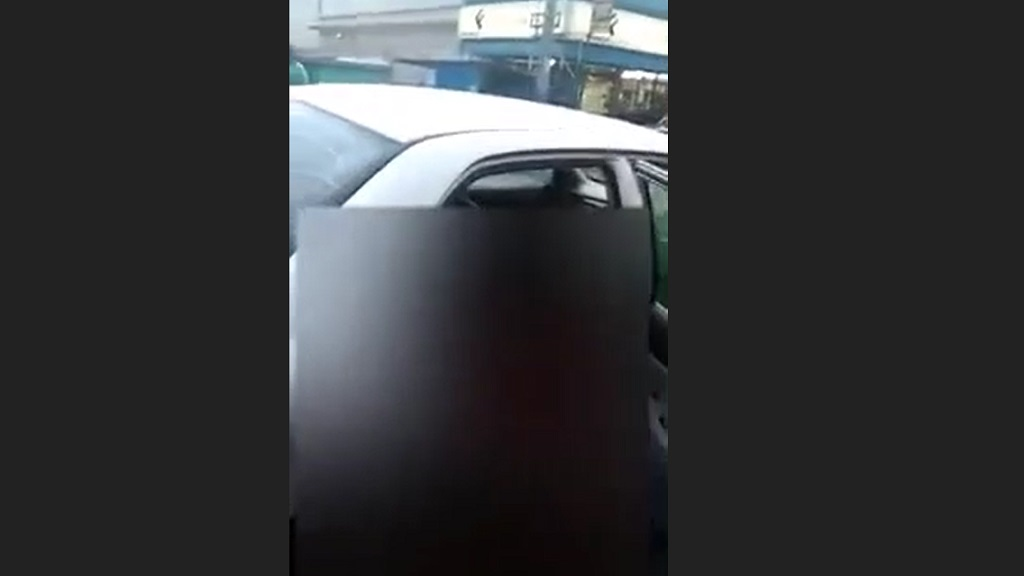 A bookstore worker made a shocking discovery when he returned to his vehicle after work on Friday evening to find the body of a man in the back of his car.

The man told police he parked the car along the Point Fortin Main Road sometime after 8 am and went to work. However, when he returned, he found the man in the vehicle.

Police was contacted and officers of the Point Fortin Police Station visited the scene.

The unidentified man was taken to the Point Fortin Hospital, where he was pronounced dead.

Police are seeking the public’s assistance in identifying the man.

Anyone with information is asked to contact the Point Fortin Police Station.

Meanwhile, a video has been making the rounds on Facebook showing the man lying in the car. The 29-second video, which was posted by social media user, Robin Sinanan on Saturday quickly went viral; it was viewed 58,000 times and shared over 2000 times.

One social media user, Jenice Richards commented under the video, saying she saw the man, who appeared to be drunk entering the vehicle around 9:00 am.

“I was there when dis man went into that car. I cud of swear that some1 came to pick him up cuz he was half naked at first then he put on his pants drunk as a fish and open d car door and went in…and that was since 9 o clock yesterday morning…” she wrote.

Many social media users also raised questions as to how the man got into the vehicle.

Shalon Joseph, who identified herself as the bookstore worker’s mother also commented under the video, explaining that sometimes the back door of the vehicle doesn’t lock.

“The car is mine and my son went to work with it. The back door gives trouble to lock sometimes…He parked in an available space based on the traffic laws for the street. He did not leave his vehicle parked and placed a sign saying all drunk people enter and sleep.”

Investigations are continuing into the incident.

Police say there were no marks of violence.

Customs clamps down on importation of ‘adult toys’