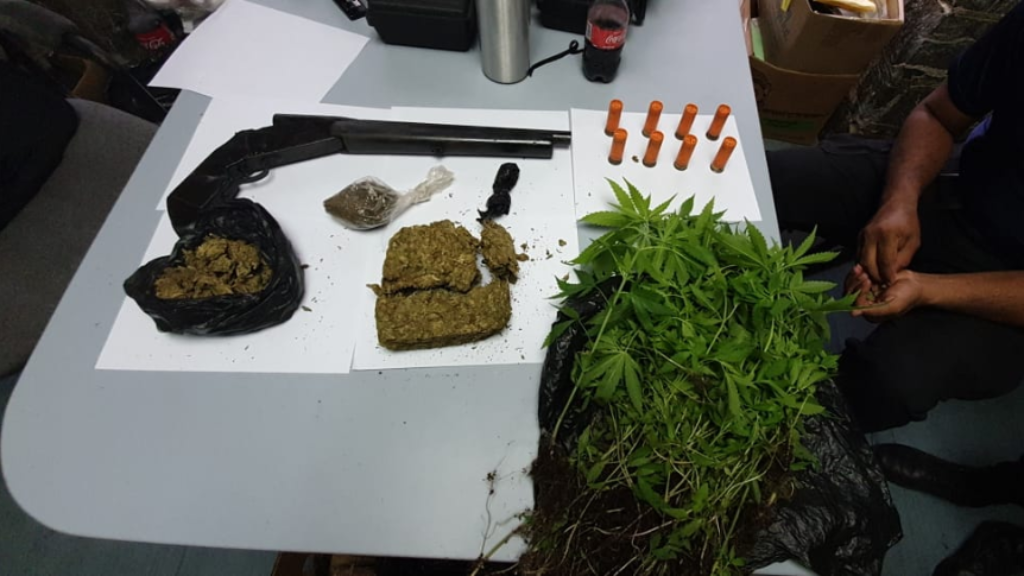 A shotgun, eight rounds of ammunition, and 340 grammes of cured marijuana, were found in a camp in St Ann’s yesterday morning, next to a marijuana field.

The field, police said, had an estimated 100 marijuana trees.

However, at the time of the discovery no one was at the location and as a result no arrests were made.

The find was made in a forested area off Hololo Road, St Ann’s, during an operation by officers of the Port of Spain Division led by Snr Sup Moore and Sup Brandon John.

The officers received intelligence that persons were growing marijuana for sale in the area, and made their way to the location given.

It was here they found and seized the illegal items.

Two held with over 450 grammes of marijuana