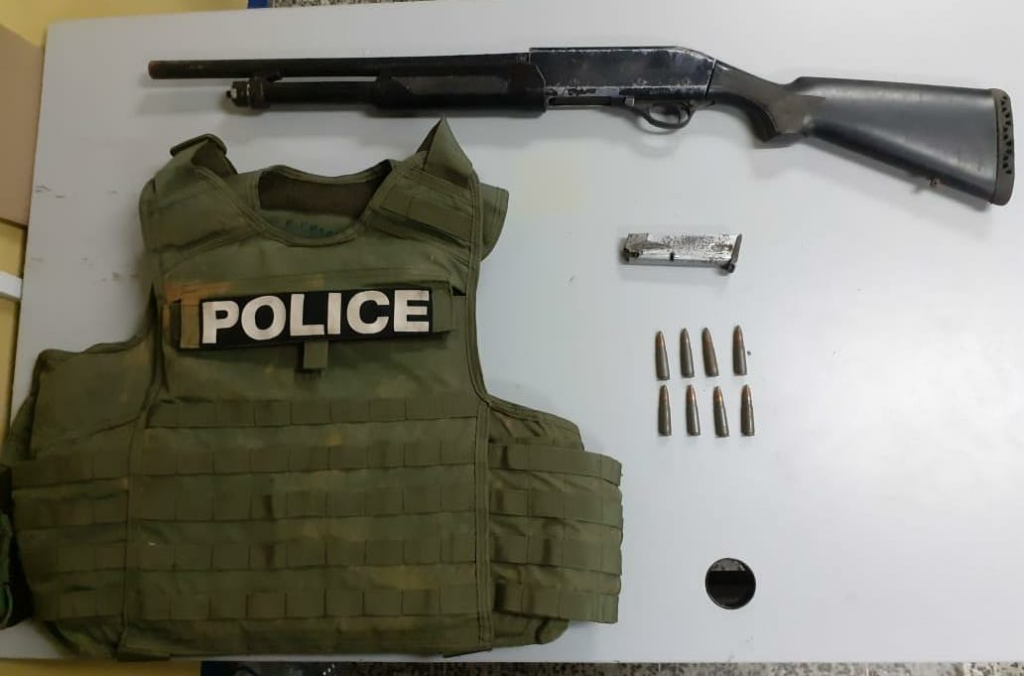 Following a spike in shootings and homicides in the St James district, Western Division Task Force officers conducted an exercise yesterday in the community which resulted in the seizure of a shotgun, ammunition, and a bullet proof vest.

The exercise took place between 4pm and 9pm and saw officers go to Aboud Circular off Dundonald Hill, St James.

Hidden in a drain at the side of the roadway the officers found and seized a Cavim shotgun, eight rounds of 7.62mm ammunition, a magazine for a pistol, and a bullet proof vest.

At the time of the discovery, persons were not within sufficient proximity and as a result, no arrests were made.