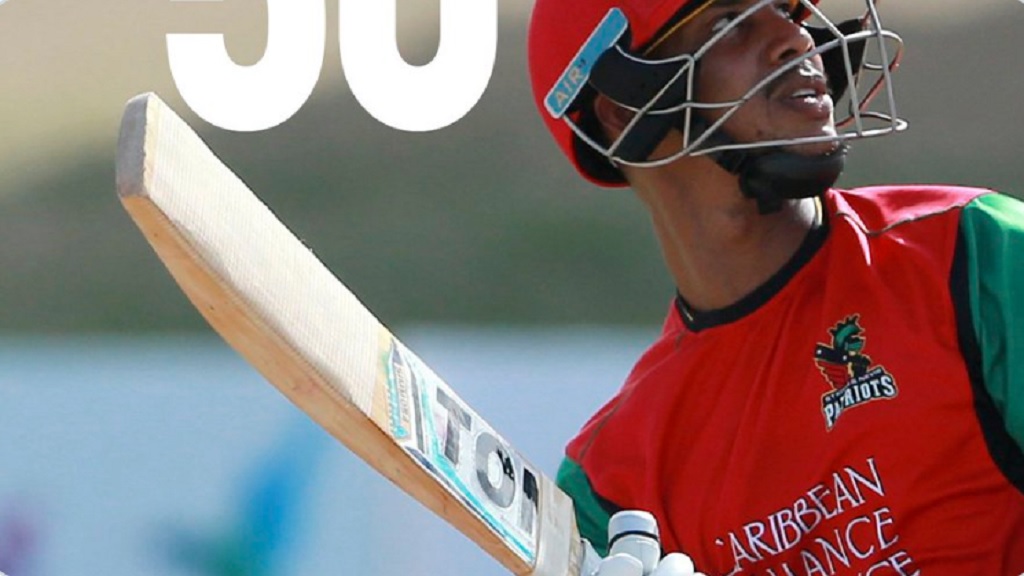 Very different yet equally impressive half-centuries from the explosive Lendl Simmons and ice-cool Denesh Ramdin ensured a mid-range target never really posed much of a threat. Simmons set the tone with a six straight back over Thisara Perera’s head from just the second ball of the innings, with Sunil Narine adding another Hero Maximum as 14 came from the opening over.


With the boundaries coming so regularly, even the loss of Narine and Tion Webster in the space of nine balls – the latter caught at point from Fawad Ahmed’s first ball of the day – did nothing to staunch the flow. Simmons ended that Fawad over with another huge six over long-on and on to the roof before smoking back-to-back Hero Maximums in the champion leg-spinner’s next over. His half-century came up with his fourth four to go with four sixes in just 32 balls, by which time the Knight Riders’ overall target was already down to double-figures.

Ramdin had been understandably content to play second fiddle to Simmons for the most part but he too cut loose once the partnership reached 50, taking Fawad for 10 in two balls as 17 runs came from the 11th over of the innings.

Simmons continued the boundary spree with his fifth Hero Maximum, powered down the ground off Kavem Hodge, but the bowler had instant revenge as Simmons ran past a wide to be comprehensively stumped by Andre Fletcher.

The target was by now down to 62 from 52, though, and with Kieron Pollard striding to the middle to join Ramdin there was little reason for optimism from the Zouks.

Pollard’s first six, smeared high and handsome over long-on, and a four slapped through cover by Ramdin off Perera’s second over – the 15th of the innings – brought the required rate down to a run a ball and made the result a formality.

All that remained to be determined was whether Ramdin could complete his 50 before Pollard finished the game, and back-to-back fours through midwicket and point took him to 47 and the victory target down to seven at the start of the 18th over.

He duly got to the landmark with a clip for two that brought the scores level, and the Zouks’ day to forget ended with a wide outside off to hand TKR the winning run.

The Zouks innings, just as in their opening match against Guyana Amazon Warriors, was given a stunning start by Rahkeem Cornwall. He followed up a 14-ball 36 in that game with 33 from 12 here.

His departure, trapped plumb in front on the sweep by Narine, brought an inevitable slowing of the rate.

Fletcher struggled to cut loose in a frustrating 32-ball stay that brought him 26 runs while Najibullah Zadran’s promising cameo was ended at 26 from 17 balls when he picked out Javon Searles on the long-off boundary from a Mohammad Hasnain slower ball.

Daren Sammy smashed back-to-back sixes in his 16 from 13, while John Campbell did start to find the boundary towards the back end of the innings but once again it felt like the Zouks had failed to take full advantage of the early momentum the innings had been given by their big opener.

The Knight Riders are on the road for their next game on Friday at Sabina Park against the Jamaica Tallawahs, while the Zouks play the Tallawahs at the same venue a day later.