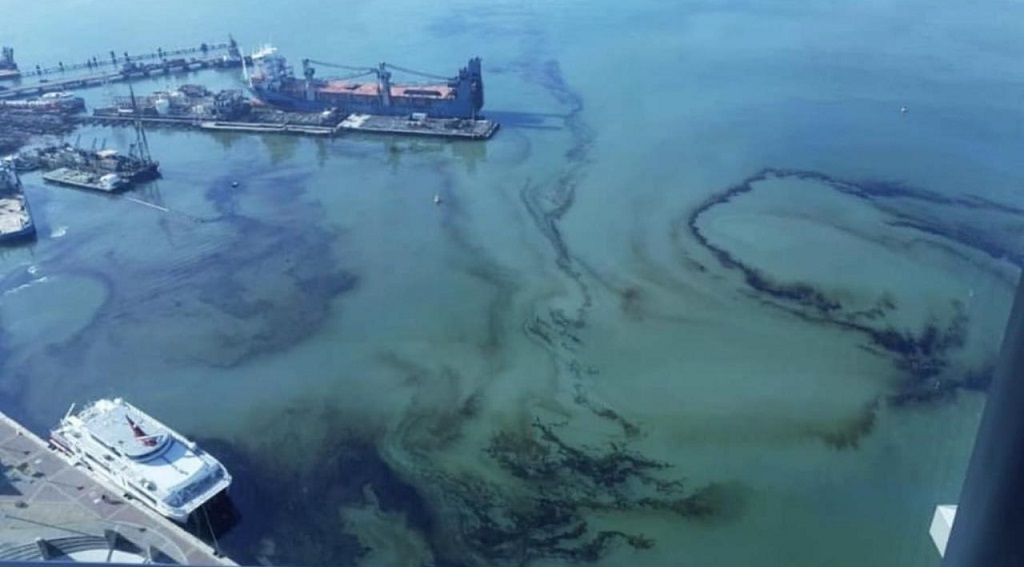 Photo: An oil spill in the Port of Spain harbour shared via social media on March 12, 2019, is under investigation. As of March 14, 2019, the source of the spill had not yet been determined.

The culprit/s responsible for an oil spill which contaminated the Port of Spain harbour on March 12, 2019, have not yet been identified.

Minister of Works and Transport, Rohan Sinanan, said during a post-Cabinet briefing on March 14, 2019, that oil samples from vessels in the area at that time have been submitted to the Institute of Marine Affairs (IMA) for testing and analysis.

“At this point in time the source of the oil spill would not have been found however the EMA, Min and Maritime services were in contact with the IMA and they are conducting samples of vessels in the area."

Sinanan said the IMA took samples of oil from the spill and the vessels that were in the port at the time, and assured the public that those found culpable would be held accountable.

“At this point in time they have not been able to ascertain the source of the spill but they are pursuing all avenues to ensure that the vessel the oil would have spilled from would be held accountable,” he said.

Environmental NGO Fishermen and Friends of the Sea said sources reported that the oil appeared to come from a nearby industrial barge.

The NGO called for more stringent law enforcement regarding dumping of contaminants into Trinidad and Tobago's waters.

"Because our Laws are poorly regulated and enforced it is much cheaper to dump waste oil rather than to treat and dispose of it properly. Regularly there are deliberate discharges of oil into our marine waters, (often at our Ports) and even though the Environmental Management Authority (EMA) is called upon to investigate these disasters, the culprits are never held accountable."

The group referred to an oil spill in Chaguaramas in 2017 in which a culprit was identified but no update was given on whether those found liable had been prosecuted.

"According to the National Oil Spill Contingency Plan (NOSCP), which was debated at great length and approved by our Cabinet, the Institute of Marine Affairs (IMA) “must” create and maintain a fingerprinting database of ALL oil on ALL vessels operating in or entering into our territorial waters. Has the IMA done this? Is this Plan just another lip service while our fishery and our health are compromised every day? If this Plan has faced the rigor of Cabinet, then should it not be respected and be made Law?"

The group referenced the Oil Pollution Act of 1990 (OPA 1990) which outlines criminal charges for leaking oil into Trinidad and Tobago's waters:

The group is calling for transparency in the matter.

"FFOS call on the EMA to make public the source of this oil spill and the responsible culprits, and call on our Prime Minister to ensure that there is criminal and civil prosecution of these identified violators," it said.