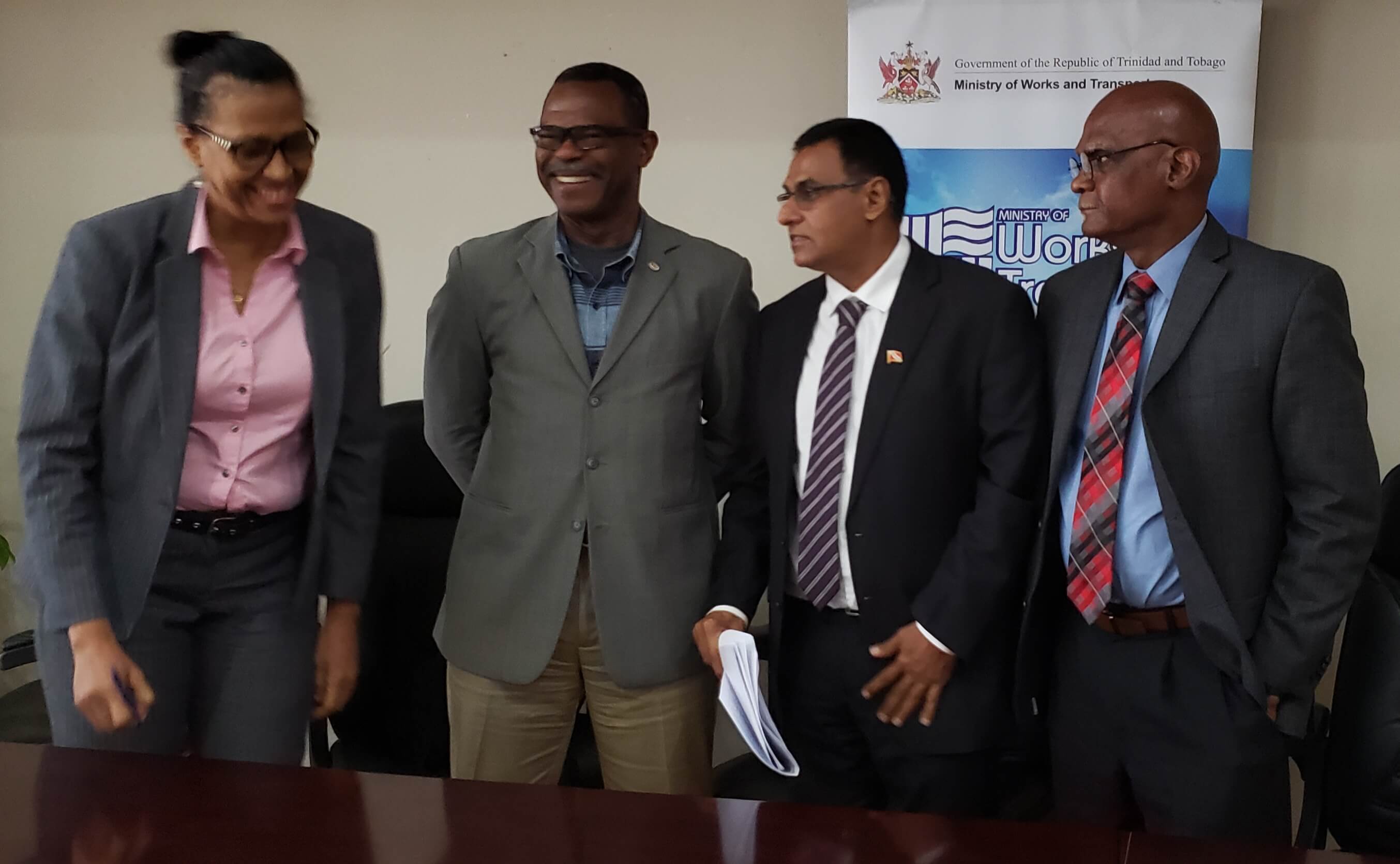 There is no truth to claims by the Opposition that Government entered any secret or crooked deal for the procurement of 10-year-old Maltese vessel Jean de La Valette to service the inter-island sea bridge.

That’s according to Works and Transport Minister Rohan Sinanan, who at a media conference at the Ministry’s Port of Spain headquarters on Thursday to clear the air on a controversy surrounding the deal hit back at allegations from the Opposition, saying there was absolutely no truth to the claims.

He assured that Government is “not about hiding anything or secret deals or just springing anything on anybody” and would not do anything it could not defend in the public domain.

Sinanan indicated last Friday that Government had procured the third vessel to service the sea bridge and it would be arriving in the country in May. There was confusion over the news of the leasing of the new vessel as it was unclear when the Minister would have first alerted the public that the Government would be procuring the vessel.

At the conference today, Sinanan played a video recording from a “Conversations with the Prime Minister” which was held in Tobago last year. In the clip, the Minister revealed Government’s medium-term plan to treat with issues on the sea bridge.

He chastised the Opposition for what he said was “misinformation” which is creating some difficulty for NIDCO and the Port Authority to attract the kind of international business the country needs.

Sinanan said Opposition is hell bent on damaging the name and reputation of international companies. He warned that people will soon not want to do business with T&T as a result of these allegations.

Responding to concerns over a bribery matter for which one of the Directors at Virtu Ferries from which the vessel is being leased was currently before the court, the Minister along with NIDCO President Esther Farmer sought to assure that due diligence was carried out on the vessel and the company.

“We are taking every step to ensure that whatever contract is signed it is signed by very reputable experienced companies in the martime field,” Sinanan said.

In the event that the director is charged and the company dissolved, the Minister said in an instance such as that the lease would be broken. He said that there are always provisions in a lease for such eventualities, adding that it is nothing unique and things like that can be dealt with, should it arise.

The NIDCO President assured that the requisite background checks were done and said the public will be informed as soon as a contract is awarded for the leasing of the vessel.

She said the company is the preferred bidder at this time as the 10-year-old Jean de La Valette was the youngest vessel of the five tenders received. The other vessels were significantly older, with the oldest being 23 years.

“This is the type of boat we want to be ser­vic­ing To­ba­go,” Farmer said.

“This af­fords every­thing that can get our sea bridge in the sort of con­di­tion we want it in and this is what we may be on the brink of not hav­ing.”

Speaking on the specifications of the Jean de La Valette, Port Authority Chairman Lyle Alexander said it was of particular comfort to the Port Authority that the vessel has the ability carry heavy loads, namely 40 ft containers.

He said this will supplement the transportation of heavy lift cargo on the sea bridge.