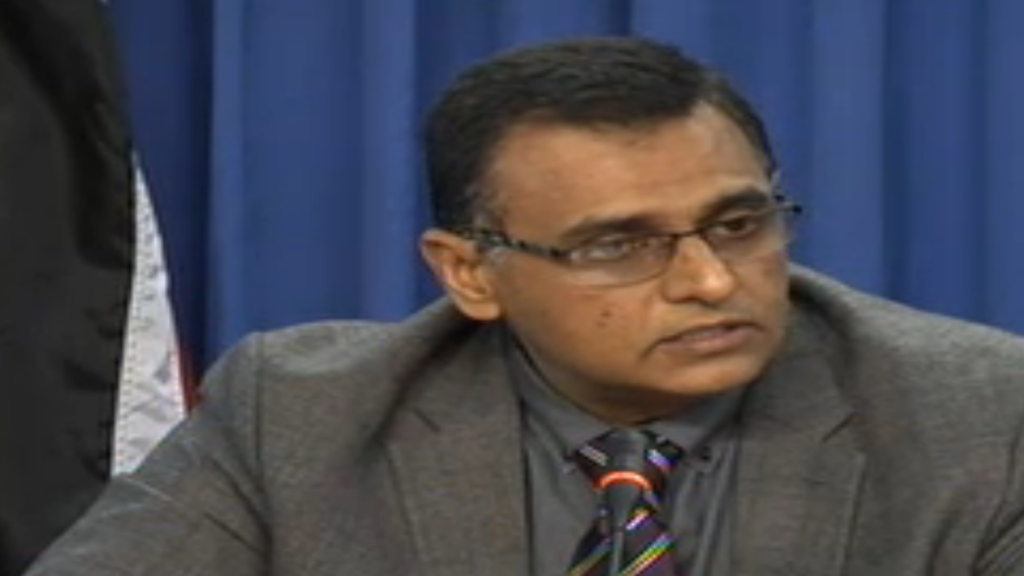 Works and Transport Minister Rohan Sinanan will hold a press conference on Monday morning to address 'UNC propaganda' on the Galleon's Passage.

In a statement issued Sunday evening, Sinanan was responding to a press briefing held on Sunday by former transport minister Devant Maharaj, in which maritime attorney Nyree Alfonso claimed that the Galleon's Passage would take approximately six hours to make the journey from Trinidad to Tobago.

Also present at the briefing was former chairman of the Port Authority of Trinidad and Tobago, Charmaine Lewis and opposition senator Saddam Hussein,

Sinanan said however that the statements were made in order to try to "confuse the minds of the people of Trinidad and Tobago" and hinted at legal action which government might take against the former government's procurement practices.

Sinanan also pointed at questions which were raised over the involvement of Lewis and Alfonso in the procurement of the Superfast Galicia.

"Ms Alfonso and Ms Lewis are persons who have serious procurement questions to answer concerning their previous conduct at the Port Authority of Trinidad and Tobago for the roles they played in procurement related matters relating to the Superfast Galicia."

"The country must be reminded that Nyree Alfonso was hired by the Port Authority to assist in the termination of a contract with the vessel, Warrior Spirit and subsequently provided ship brokering services to locate another cargo ferry - even though she admitted she has no experience in ship brokering."

"Ms. Alfonso's firm ND Alfonso and Company was then invited to tender for the vessel and was awarded a contract through her appointed agent for the Superfast Galicia.

"She then subsequently invoiced the Port Authority for her services in obtaining the said Superfast Galicia. This matter is now the subject of judicial proceedings and government expects that Ms Alfonso will account to the people of Trinidad and Tobago for her conduct in this matter."

Sinanan also pointed at 'serious questions' concerning Lewis' conduct at the Port Authority, saying she bypassed her Board and wrote to her line Minister requesting a five-year contract for the Superfast Galicia.

Sinanan said while the UNC and their supporters are free to express their views, government intends to have answers to these questions provided through the courts 'and not only at hastily called press conferences'.

"The government will not be deterred by the unpatriotic acts of the UNC and we believe that the majority of the citizens will see through their attempts to misguide and mislead," he said.

Alfonso said at the briefing that the vessel had not been designed to travel in the waters of Trinidad and Tobago.

She estimated that the vessel would travel at around 16 knots, meaning it would take six hours for the vessel make a one-way trip.

She also mentioned 'false narratives' being promoted about the vessel.

The National Infrastructure Development Company (NIDCO) said it has written to Lloyd's Register for clarification over the vessel's gap analysis of the vessel's safety specifications after several inaccuracies were pinpointed.

In light of this, NIDCO was unable to say when the vessel would be able to begin operating.