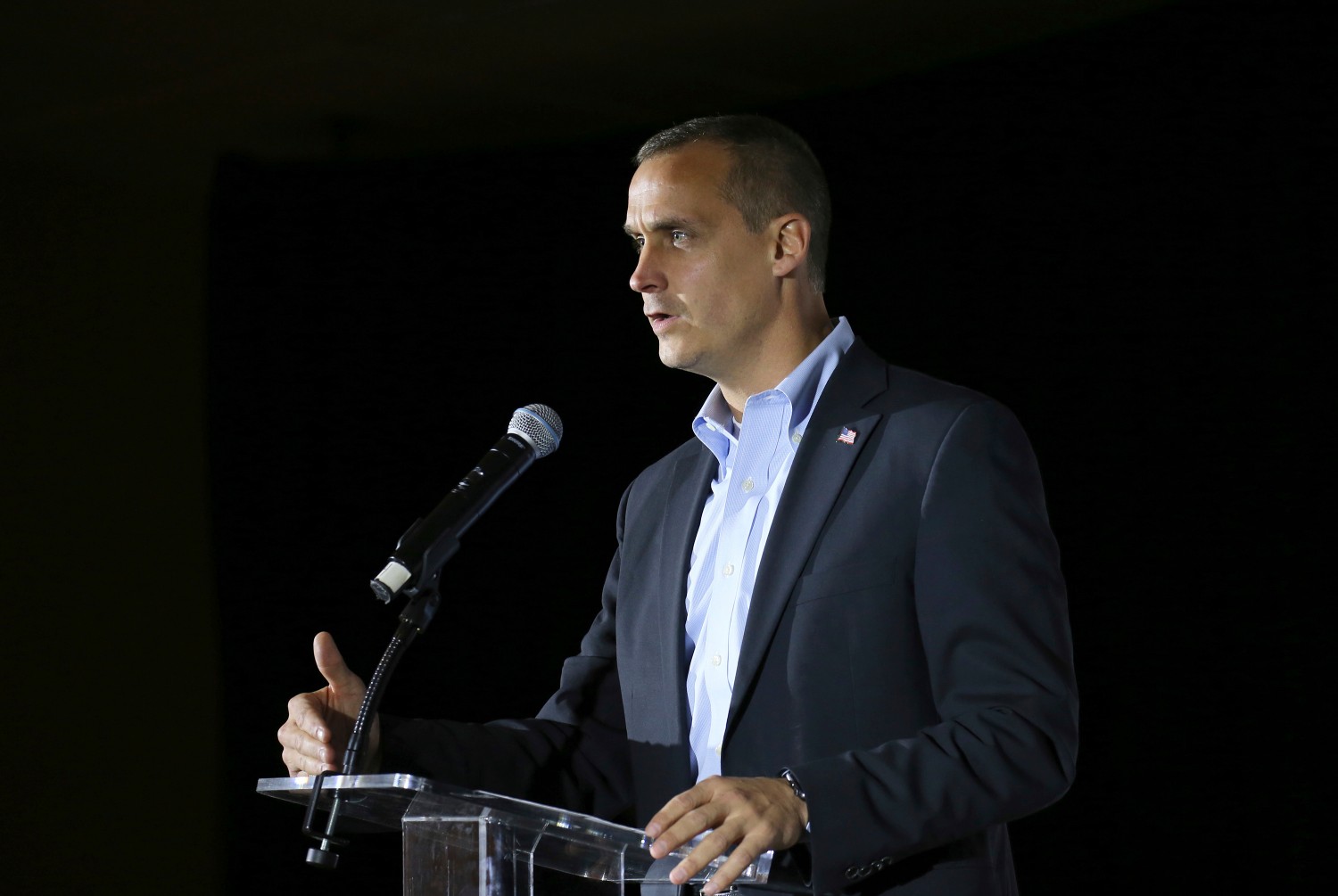 A singer and potential congressional candidate says she has filed a sexual assault complaint against President Donald Trump's former campaign manager for hitting her twice on her buttocks during a Washington gathering in November.

Joy Villa, a Trump backer who wore a "Make America Great Again" dress at the Grammys this year, said Tuesday she plans to meet with detectives in Washington next week about the complaint against Corey Lewandowski.

In a phone interview from Tampa, Florida, Villa said she was initially reluctant to come forward because she was worried about any backlash. But she said she called Washington's Metropolitan Police Department on Christmas Eve after a friend who witnessed the incident spoke about it publicly, and other friends urged her to come forward.

"I didn't know him at all," Villa said about Lewandowski. "I only knew him by reputation. He broke my trust."

She said she saw him at a gathering at the Trump International Hotel on the day after Thanksgiving, and said Lewandowski struck her "extremely hard" even after she told him to stop. She said she felt it was "disgusting and shocking and demeaning."

Villa, who is considering a run for a Florida congressional seat, said she initially thought it was sexual harassment, but police told her that touching someone on any body part that is sexual in nature constituted sexual assault. She said she was told it was classified as a misdemeanor.

"I was initially fearful to come forward with this," she said, adding that she did not want to bring shame or embarrassment on Lewandowski's family or hers.

"I did nothing wrong," Villa said. "I realized if he's not going to respond or apologize to me, I think it's the right thing to do."

Lewandowski did not respond to an email seeking comment.

Villa made news earlier this year when she wore a dress displaying Trump's campaign slogan at the Grammys. She explained her decision to wear the dress in an Instagram post, writing, "You can either stand for what you believe in or fall for what you don't." She added, "agree to disagree."

This is not the first time Lewandowski has faced police charges. In March 2016 he was charged with misdemeanor battery for an altercation involving a female reporter after a news conference in Florida. The charges were later dropped.

Trump fired him as campaign manager in June 2016.

Terry Crews compares alleged sexual assault to being a POW