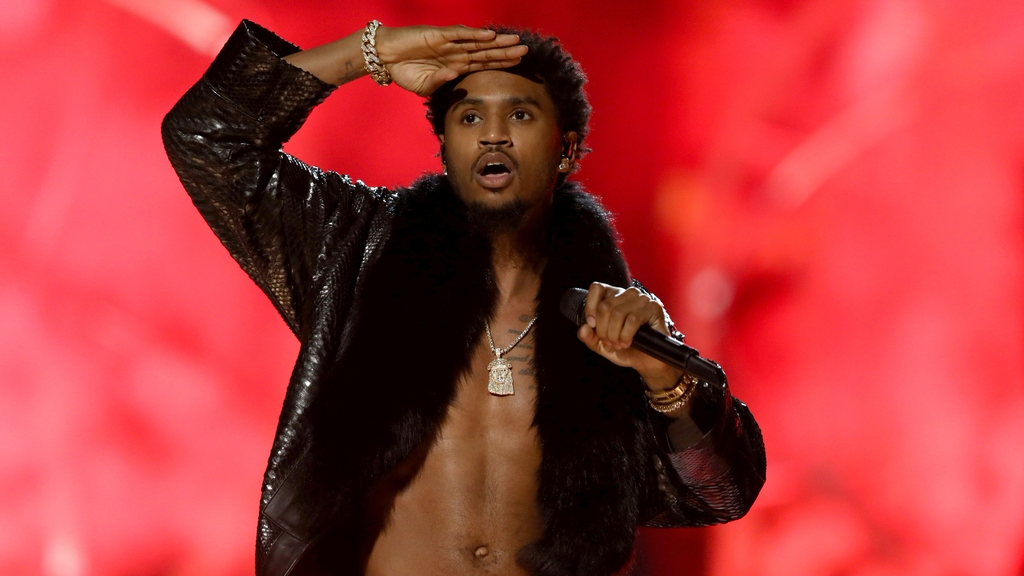 Police say R&B singer Trey Songz has been arrested on suspicion of punching a woman at a Los Angeles party.

Jail records show the 33-year-old was released about two hours later on $50,000 bail.

Andrea Buera told reporters last week that she was the woman Songz had assaulted. Buera said he punched her repeatedly because he was upset she was talking to another man at a party Feb. 18.

The singer tweeted Monday that he was being falsely accused for someone else's personal gain.

His attorney, Shawn Chapman Holley, accompanied him when he surrendered. Asked for comment, she replied that "Trey's tweet this morning sums it up.