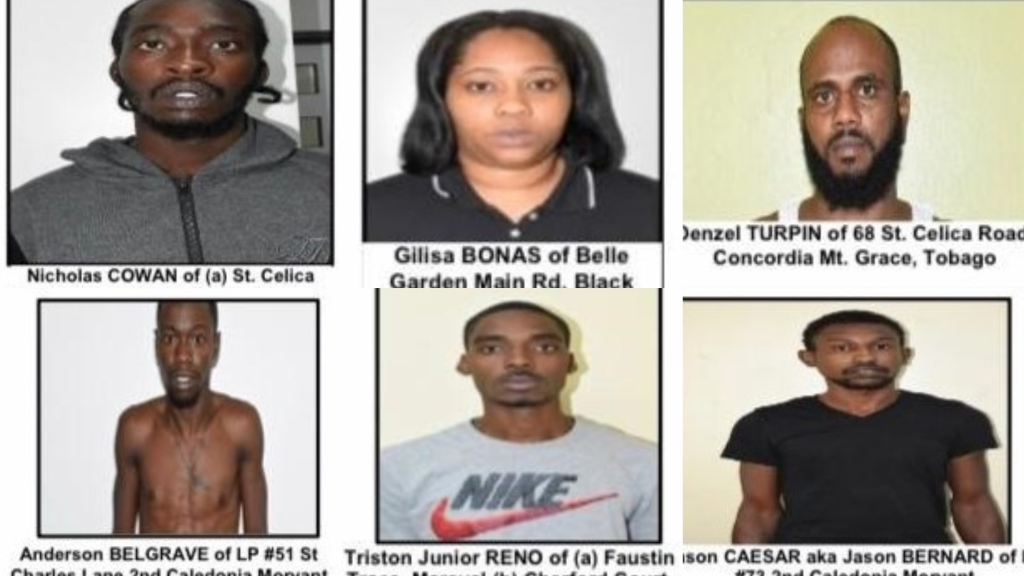 Six people, including a woman, were charged for the murders of Kenny Wolfe and James Fergusson, which occurred on July 21 in Tobago. A seventh man was charged for possession of a stolen vehicle, a firearm and ammunition.

The victims, 35-year-old Wolfe, an electrician, who lived in Golden Lane, and 23- year old Fergusson, who lived at Bacolet, were driving in a vehicle along St Cecelia Road, Tobago, when another vehicle, driving in the opposite direction and bearing false number plates collided with their vehicle. Two men exited the vehicle and fired shots at Wolfe and Fergusson following which they escaped in a Toyota Aqua.

DPP to be approached today for advice on Tobago murder