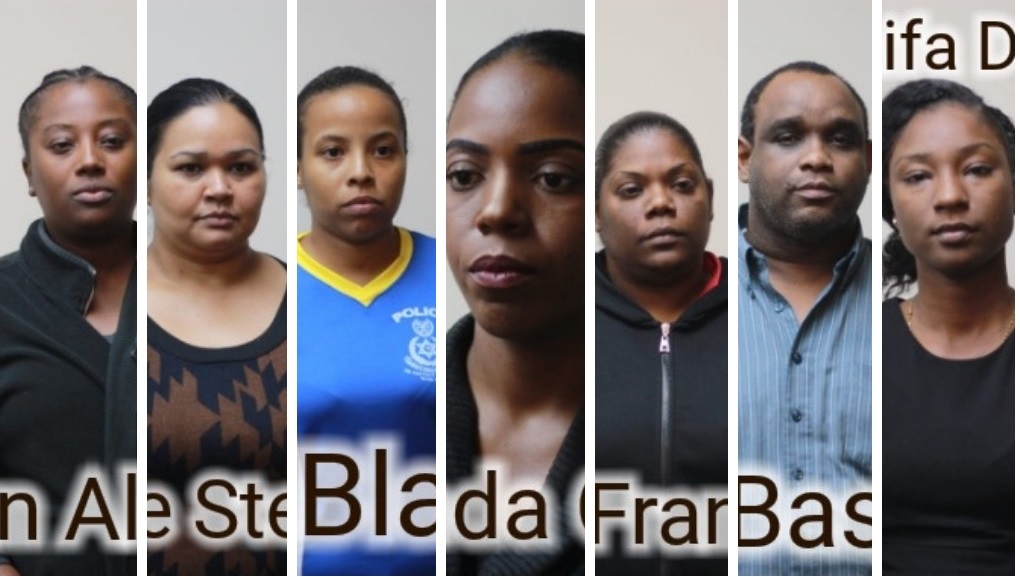 Seven police officers appeared at the Port of Spain First Magistrates’ Court on April 9, 2019, charged with various counts of conspiracy to defraud and other offences.

According to a statement issued April 9 by the TTPS, the seven officers appeared before Magistrate Marista Gomez to answer the charges after Toyota noted discrepancies after the officers were hired to perform extra duties, escorting company vehicles from the Port of Port of Spain to Toyota's office in Barataria.

The officers were prosecuted as follows:

Ag. Cpl. Marvin Bascombe, 42, with 20 years of service and former Chief Clerk of the Snr. Supt. Traffic office was charged with four counts of conspiracy to defraud Toyota; his bail was set at $100,000.

WPC Nicole Steven, 40, the Revenue Clerk at the said office with 5 years of service was charged for eight offences; four counts of conspiracy to defraud Toyota and four counts of making false and erroneous statements on duty sheets in breach of the Prevention of Corruption Act. She was placed on $120,000 bail.

WPC Amoy Blackette, 30, the Assistant to the Revenue Clerk with four years of service was charged with one count of conspiracy to defraud Toyota, her bail was set at $80,000.

WPC Kerri Ann Alexander, with four years of service was charged with one count of conspiracy to defraud Toyota, her bail was set at $80,000.

W/SRP Liz Francis, 36, of Lewis Lane Santa Cruz was charged with one count of conspiracy to defraud Toyota, her bail was set at $80,000.

W /SRP Monifa David, 25, was charged with three counts of conspiracy to defraud Toyota, her bail was set at $120,000.

On various days during the period June 7th 2018 to 27th September 2018, several members of staff of the Chief Clerk’s office at the Snr. Supt. Traffic engaged in an activity where instead of billing Toyota an hourly rate to perform extra duties to escort new motor vehicles from the Port of Port of Spain to Toyota’s office in Barataria, the officers multiplied the actual number of hours performed by the number of trips made during the period.

This resulted in totals of sometimes 36 and 24 hours per day. The scope of the conspiracy widened to avoid attracting suspicion by further distributing and documenting the additional hours on extra duty pay sheets to reflect other days when Toyota did not have any extra duty escorts.

A report was made by Toyota to the Professional Standards Bureau (PSB) and investigations were conducted. On completion, the Ag. DPP Joanne Honore-Paul gave advice and on Monday 8th April 2019 the PSB conducted an exercise and arrested seven members of staff of the Snr. Supt. Traffic office.

All police officers secured bail and the cases were adjourned to Tuesday 7th May, 2019. The investigation was conducted under the leadership of ACP Ag. Totaram Dookhie and included Cpl Lawrence Joefield who laid all the charges.

Six police officers were due to appear before a Port of Spain Magistrate on Tuesday to answer allegations relating to fraudulent extra-duty claims.

The accused include five female Special Reserve Police (SRP) officers and a male officer, who was assigned as a revenue clerk in the payroll department.

They are being represented by a team of officers including Pamela Elder SC, Ian Brooks, Brent Winter, and Fareed Ali.

The six were detained after police observed an irregularity in the inflation of their overtime claims for extra-duty services performed during Christmas and Carnival.

Morvant killings continue as man gunned down in Las Alturas