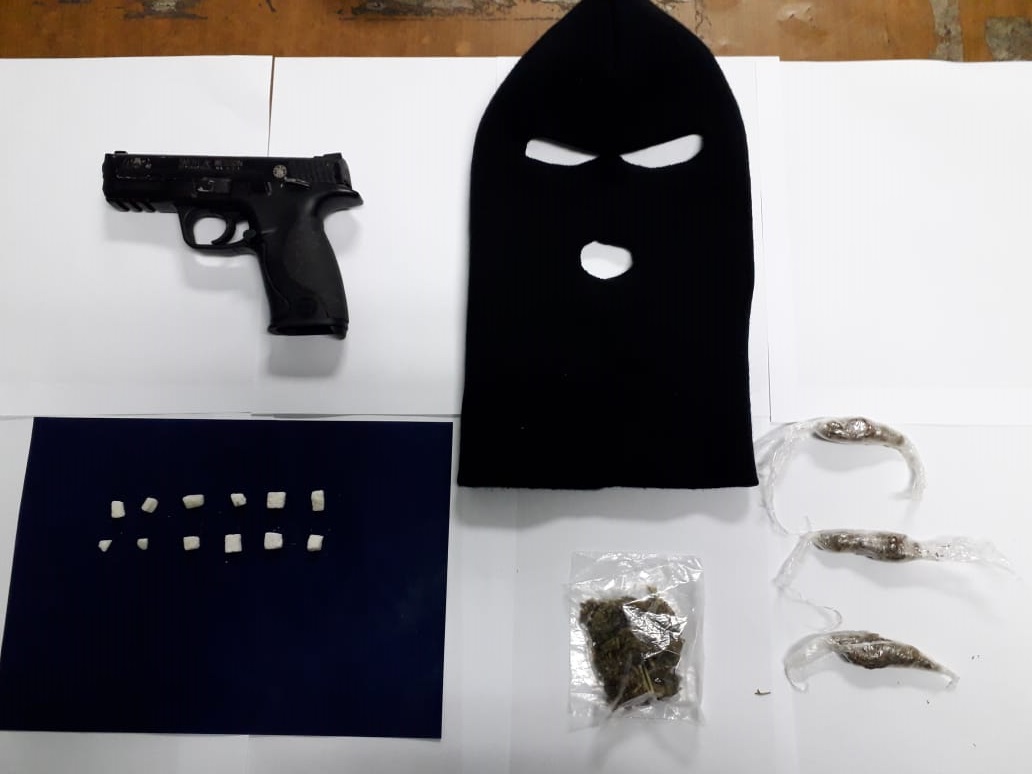 A loaded firearm was seized in Chaguanas, hidden in a black ski mask.

According to police reports, the weapon – a Smith and Wesson Pistol – was found in a tree trunk in an unsecured plot of land along Cemetery Street, Chaguanas.

No persons were nearby at the time, and as result, no arrests were carried out.

The weapon was seized during an exercise by officers of the Central Division led by Snr Sup Seepersad, ASP Smith, Inspector Gokool, and Cpl Bassant, among several others.

Five persons were held for possession of narcotics.